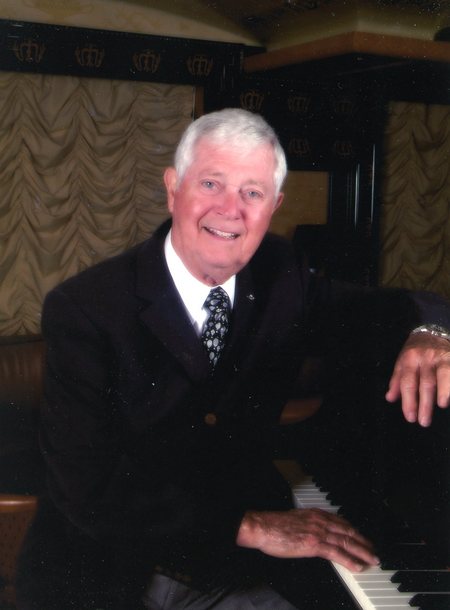 Lt Col Ret Robert K Early Born February 17th 1923 Portsmouth VA. Died August 5, 2013 at the age of 90. Graduated From Woodrow Wilson HS January 1940. Began as a Navy Apprentice Mechanic in 1941 but always wanted to fly. Started Aviation Cadets school in 1943. Graduated in Class 44c in 1944. He achieved 7 aeronautical ratings as well as a Bachelors Degree and a MBA from the Univ of Oklahoma all while on active duty. Married Virginia Steel March 31, 1944. And so began a long flying carrier and life as a loving husband. He spent 24 years with the Air Force flying everything with wings. Flew fighters, bombers, trainers, transports, and tankers. Everything from P51's to B52's. Even flew a DC-3 on his 90th birthday! Honorably served our country in WWII and the Korean War. Retired from the Air Force May of 1966 after 24 years of service with a total of 8500 flight hours. Went to work for United Air Lines as a Flight Instructor. Transitioned to a line pilot for United in 1969. Retired June of 1983 totaling 42 years of flying experience without a scratch of paint on an airplane! Wife Virginia passed away in October of 2003 ending a 59 year marriage. They had one son Robert S Early who is married to wife Lauren and lives in Colorado. Robert also flies for United. He has fathered two of Bob's beloved grandsons, Nathan and John Early. Robert wed Iris Scheffel in March of 2007. They had a wonderful life together traveling the world right up until his passing, including a final cruise from Bombay, India to Athens, Greece where they recently renewed their wedding vows. Bob was a gentle, kind man who touched the lives of everyone to whom he came into contact. He loved golf, flying, traveling the world, and ice cream! He spent the first two thirds of his life flying all over the world. Spent the last third of his life cruising all of the world. He will be missed by all who were blessed to know him! Also survived by Sister, Mildred Hawks, Brother, Ira Early, Daughter, Angela & Greg Garvin, Grandsons, Grayson, Austin, and Colton Garvin. The Service of Remembrance will be held at Briarlake Baptist Church Chapel on Sunday, August 11, at 2:00pm. Inurnment will follow with full military honors at Ft. Logan in Denver, CO on Monday, August 19 at 12:00pm Staging Area A. In lieu of flowers donations may be made to THE USO P.O. Box 956860 Washington, DC 20090-6860, Disabled American Veterans P.O. Box 14301 Cincinnati, OH 45250-0301 or Briarlake Baptist Church 3715 LaVista Road Decatur, GA 30033