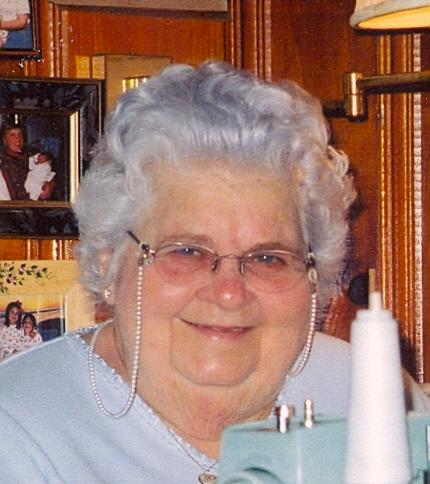 The life and legacy of Loy S. Echols 95, of Stone Mountain, Ga. will be celebrated on June 2, 2012 at 3p.m. at First Baptist Church of Stone Mountain. She was born June 15, 1916 and went to her heavenly home on May 31, 2012. She was born in Monticello, Ga. and resided in Stone Mountain, for 65 years. She was the senior member of First Baptist Church of Stone Mountain. She retired as a seamstress from Rich's and J.C. Penney and continued to be a seamstress for family and friends until her passing. She is survived by daughter Joan Ayers and husband Ellis, son David Echols and wife Kay, daughter Shirley Payne, son Harold Echols and wife Diane, son Doug Echols and wife Janis and son Allen Echols, twelve grandchildren and 20 great grandchildren. In lieu of flowers the family requests memorials in her honor to your favorite charity or to Abbey Hospice, 215 Azalea Court, Social Circle, Ga. 30025. The family will receive friends Friday from 5:00 until 8:00 p.m. and Saturday from 1:00 until 2:00 p.m. at Wages & Sons Stone Mountain Chapel 770 469-9811.