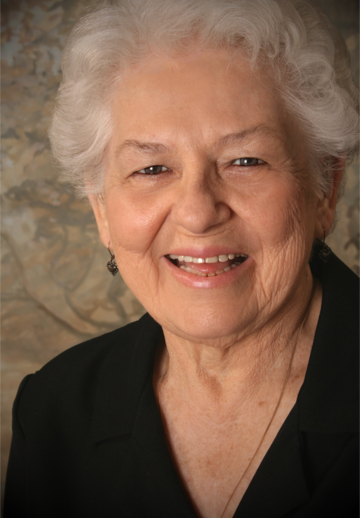 Eileen Ann Rutledge Eileen Rutledge 82 of Duluth Georgia passed away on Monday August 14, 2017. She is survived by her husband of nearly 67 years, Ramon H. Rutledge; Sons and daughters-in-law, William and Michelle Rutledge of Monks Corner SC, Ramon Jr and Angela Rutledge of Pacific MO, John and Mary Beth Rutledge of Snellville GA ; Daughters and sons-in-law, Erin and Gerry Roewe of Oakville MO, Lynn and Dennis Drew of Mount Pleasant SC; 7 Grandchildren Michael Rutledge, William Rutledge and wife Rachel, Ramon Rutledge III, Lillian Rutledge, Vincent Whittenburg, Amanda Fulmer and husband Matt, and Emmett Rutledge; 5 Great Grandchildren Michael Rutledge, Jade Rutledge, Elyott Whittenburg, Abel Fulmer and Luke Fulmer. Mrs. Rutledge was born in St. Louis Mo, Eileen Ann Stack to Margaret and Garrett Stack on August 24, 1934. She had 3 sisters Virginia, Mary Ellen and Cathleen and 2 brothers, Jerry Stack of Colorado Springs CO, and Thomas Stack who still resides’ in St. Louis with his wife Peggy. Eileen married Ramon Rutledge on August 28, 1950 and resided in St. Louis until her husband was discharged from the service and they moved to Illinois in 1955. They lived in Granite City Illinois for 30 years until moving to Duluth Georgia in 1985 where they have lived for the past 32 years. She was known as “mom” to far more kids than the 5 that she bore and is remembered for being a sweet, kind and thoughtful person. She was always singing a song and had a smile for everyone. Her life will be celebrated in a service at the Catholic Church of St. Monica in Duluth Georgia on Friday August 18th at 11am, followed by a brief reception. Online condolences can be expressed at www.wagesandsons.com