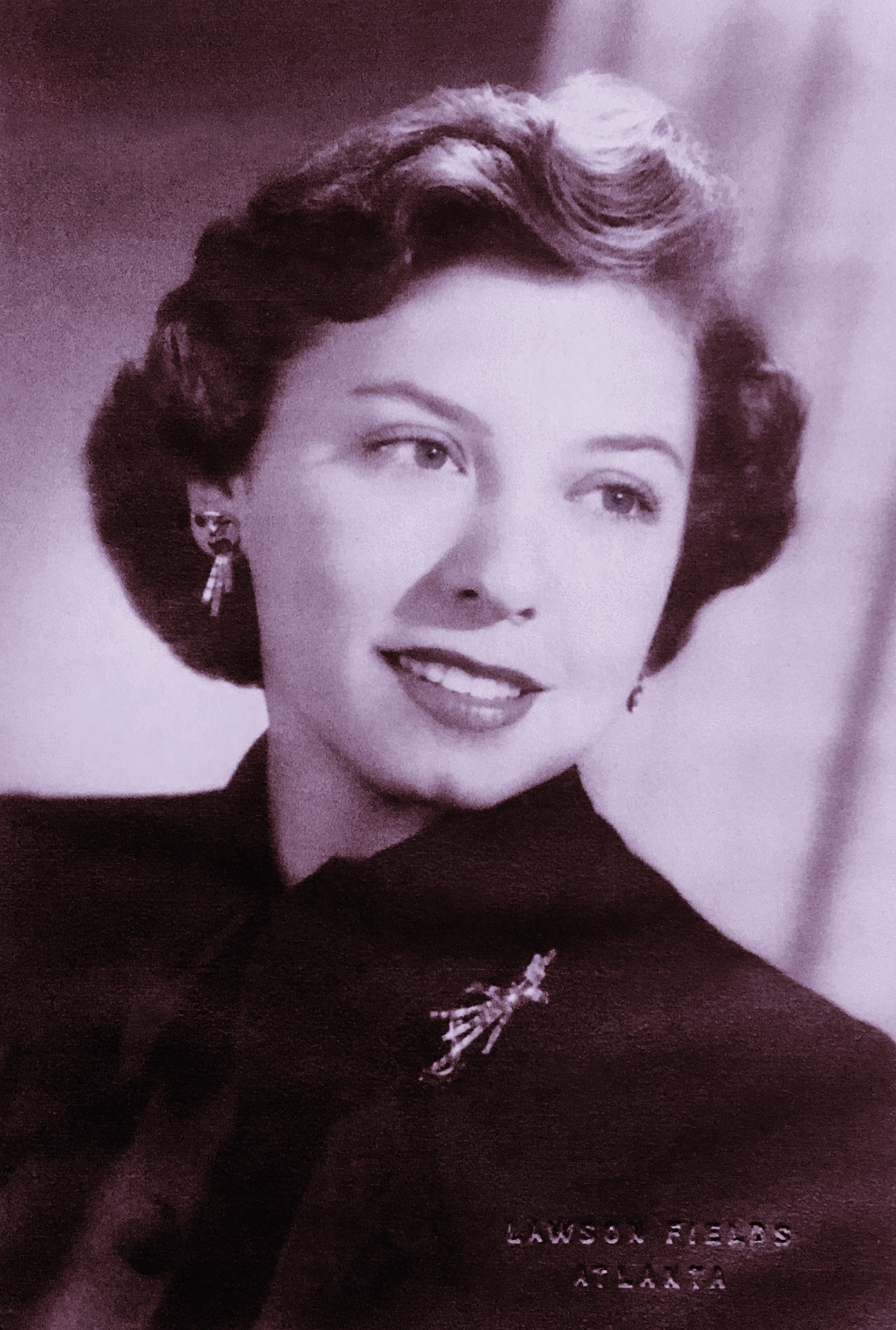 Emily Pope Drury was born in Knoxville, TN in 1928.  She was raised in a loving home in Decatur, GA. Emily attended and graduated from Decatur High School and then enrolled in Agnes Scott College graduating in May of 1950. Shortly thereafter, she married Harley F. Drury, Jr.  The couple moved to Dhahran, Saudi Arabia for Harley’s job.  While living in Saudi, Emily started a family having two sons and making many amazing memories embracing the culture and traveling extensively throughout Europe and the Middle East. After 10 years in the desert, Emily and her young family moved back to Decatur and would soon begin her career in Early Childhood Education.  She earned a Master’s Degree from Georgia State University in this field while working full time.    Emily nurtured and cultivated the minds and hearts of hundreds of children while teaching at Oak Grove Elementary School, ultimately retiring from Dekalb County Public Schools after decades of service. Throughout this time, she actively supported and volunteered in various church and community organizations and activities including Summit Chase Homeowners Association and Snellville Methodist Church.  She personified the phrase “Southern Lady” with her unique strength, spirit, style, grace and charm.  Emily represented America’s “Greatest Generation” very well. She is survived by her son and daughter-in-law, John and Mollie Drury;  granddaughter and grandson-in- law, Cate and Chris Dunning;  granddaughter and grandson-in-law,  Remmie and Charlie Hachat; and granddaughters Sarah, Rosie and Cloe Drury; brother and sister-in-law, Neal and Joan Pope;  brother and sister-in-law, Tom and Kay Pope; and sister-in-law, Linda Pope; and many loving nieces and nephews.  She is pre-deceased by her husband of 65 years, Harley F. Drury Jr., son Harley F. Drury III and brother Bill Pope. Memorial services will be held at Snellville United Methodist Church on Friday, September 15, 2017 at 10 am with a visitation following immediately afterwards.  A graveside service will follow shortly thereafter at Eternal Hills Cemetery on Highway 78 in Snellville.