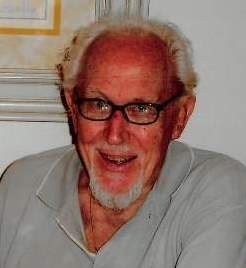 Eric Leonard 'Len' Danielson was born in Chicago, Illinois on April 18, 1917 and passed away on Tuesday, August 25, 2015. Eric worked for Service Tool & Die with his dad Carl and his partners. He dropped out of high school to work but returned to school to get his high school diploma. He apprenticed at Service Tool to become a tool & die maker. He worked there for many years becoming a salesman for the company until the 1960s when he ventured out for himself. He purchased a small business, Erickson Tool & Manufacturing, which he built into a successful business until he retired at the age of 72. He married Susan Eileen Hoft on May 20, 1939. Together they had three children, Susan Christine, Catherine Margaret, and Carol Marie. He and Susie moved from the Chicago area to Hobe Sound, Florida when he retired in 1989. Eric is survived by his three daughters, Susan Christine Alonzo of Palm Beach Gardens, FL, Catherine Danielson Jones of Stuart, FL, and Carol Marie Danielson of Duluth, GA; four grandsons, Anthony Alonzo, Lon Alonzo, Eric Jones, and Nathan Sachs ; one granddaughter, Tamara Sachs and four great-grandchildren Nicholas and Emily Alonzo and Liam and Luke Alonzo. In addition to being a devoted husband and father, Eric enjoyed golf, fishing, spectator sports, especially football, and working crossword puzzles. The last six years of his life, after Susie died, he lived in Atlanta Georgia close to his daughter, Carol. The family will be having a private service. In lieu of flowers the family has requested donations be sent to the Gwinnett Medical Center Foundation for the benefit of Gwinnett Extended Care Center. Contributions can be mailed to 1755 North Brown Road, Suite 100, Lawrenceville, GA 30043 or call 678-312-8500