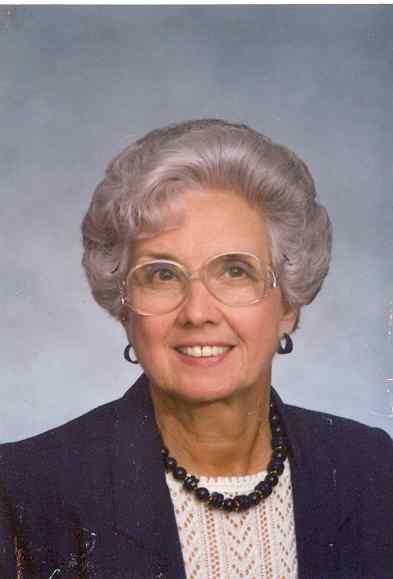 Mrs. Eunice Iola (Toms) Roof, 83, went to her heavenly home Monday, May 12th, 2014 after a long struggle with dementia.She was born May 23rd, 1930 in rural Heards, Virginia to the late Bessie and Peyton Toms. She was the widow of Senior Master Sergeant John William Roof (USAF, Ret). Trained as a hair dresser, she was the wife of an Air Force aviation mechanic having lived with her husband and family in Japan, New Mexico, Virginia, Germany and South Carolina.She later moved to Lawrenceville, Ga to live with her daughter. She is survived by her daughter, Belinda Dale and Ron Agnew of Winder, Ga; son, Ronald Wade and Sandy Roof of Buford, Ga; grandsons, Hunter Peyton Roof of Prince Frederick, Md; and Trevor McKenzie Roof of Buford, Ga; sister, Phyllis Woodson of Charlottesville, Va; sister-in-law, Mary and Ed Lippy of Crozet, Va; and nephew, Allen and Paige Toms and Kayla of Earlysville, Va. Her brother, Sherwin Peyton Toms, and a son, Larry Peyton Roof predeceased her. A memorial service will be held Thursday, May 15, 2014 at 2:30 P.M. at First United Methodist Church in Lawrenceville, with the Rev. Dr. R. Allen Stewart officiating. Visitation will take place following the service. She will be interred with her husband in Warrenton, Virginia. In lieu of flowers, memorials may be made to the Music Ministry of Lawrenceville First United Methodist Church P.O. Box 2127 Lawrenceville, GA 30046 or to the Alzheimer's Foundation of America.