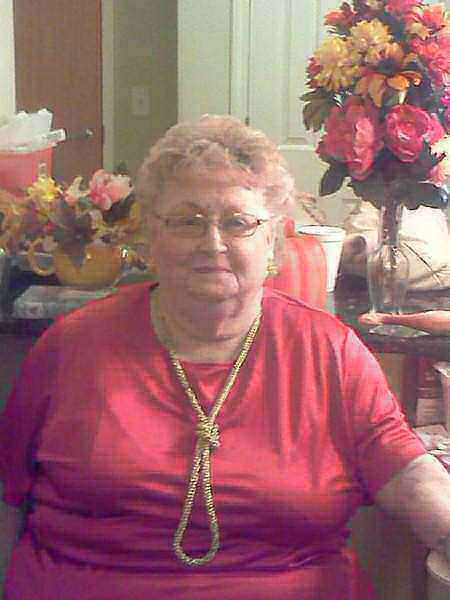 Betty Joan Fuss Flink went home to be with our Lord December 1, 2012 after a lengthy illness in the hospital. She was born October 16, 1933 in Atlanta Georgia in an ambulance on the way to Grady Hospital to Lewis Thomas Fuss and Annie Johnson Fuss. Betty leaves behind daughter Teresa A. Flink of Lithonia and son and daughter-in-law David A. and Lori M. Flink of Canton, granddaughter Shannon R. Flink of Snellville, grandsons Tyler W. Flink, Cole A. Flink, Holden J. Lennon, granddaughter Alexandria M. Lennon, two great-grandsons Isaiah M. Flink and Mikhail C. Flink and a sister Emma Goodman of Griffin. She also leaves behind numerous nieces and nephews and other loving relatives and friends. She was preceded in death by her husband of 56 years Julian A. Flink, two brothers Loyd S. Fuss and Thomas E. Fuss, and three precious children Michelle Flink, Gary Flink, and Michael Flink. Betty attended Campbell High School in Fairburn Ga. until her family moved to Jacksonville FL in 1948. There she attended Landon High School. She met Julian in Jacksonville. They married in 1951. She was a homemaker, wife, and took care of sick children the first part of their marriage. They lived in Stone Mountain until Julian retired to Greensboro Georgia enjoying their golden years in their house they built on Lake Oconee. In 2008 she moved into Ashton Senior Living in Lawrenceville, Ga. She made many friends, especially enjoyed playing bingo, going on fieldtrips, shopping at Wal-Mart, birthday and holiday parties at Ashton with her friends and family. Her interests were family, her little dogs, cooking when she still could, the Gaither Gospel Music Band. The Memorial Service will be Thursday December 6, 2012 at 11:00 a.m. at Gracepointe Nazarene Church, 2900 Rosebud RD S. W., Loganville, GA 30052 770-990-3954. Pastor Mark J. Bane officiating Minister