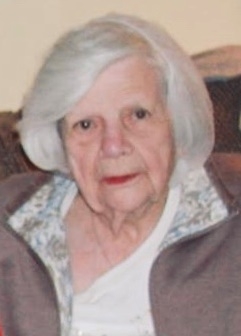 Florence Mary Remshik (née Keeling) passed away on October 25, 2018 in Stone Mountain, Georgia at the age of 101. She was born on December 30, 1916 in Cleveland, Ohio to the late Albert and Helen (“Nell”) Keeling. She was preceded in death by her husband, Joseph, her brothers, Roynan (Elsie) and Frank (Gloria) and her sister, Katherine (Andrew), her sister-in-law, Evelyn and her brother-in-law, Melvin. She is survived by her brother, Albert Jr. “Bud” and her sister, Helen, her son, Frank (Anne), and daughter, Joann (Jack), her grandchildren, Lisa, Jim (Vicky), Christine, Mike (Lisa) and Eric, and her great-grandchildren, Kady, Christopher, Chanel, Caroline, Eric II, Sidney, Jack, and Chad. In addition, she is survived by many cousins, nieces and nephews of many generations. Florence worked for the Nickle Plate Railroad and then for UNIVAC in early computer operations. Florence loved being around young children and worked for many years as a kindergarten aide at St. Charles Borromeo Catholic School. After living in Parma, Ohio for more than 40 years, Florence relocated to Stone Mountain, Georgia in the mid-80’s and served as a member of the Auxiliary at DeKalb Medical Center for over 20 years finally “retiring” in her 90’s! A visitation will be held at Wages & Sons Funeral Home in Stone Mountain on Sunday, October 28 from 2:30 pm to 4 pm. A memorial service will be held in Parma, Ohio at a later date and she will be laid to rest at Holy Cross Cemetery. The family wishes to thank Palladium Hospice and Brookside Senior Living for the exceptional loving care they provided Florence over the past several weeks. In lieu of flowers, please make donations to the Canines for Kids program at Children’s Healthcare of Atlanta (www.give.choa.org) or 404-785-GIVE (4483).