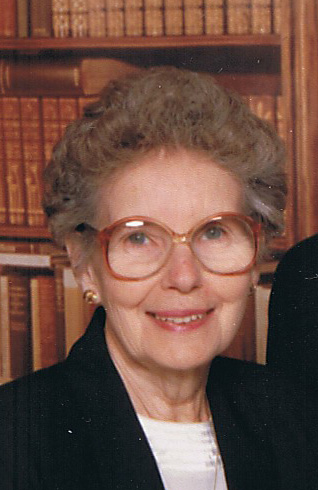 Frances Mary Clemence Fogarty passed away in her sleep Saturday April 19, 2014. Frances was born February 6, 1925 in Savannah, Georgia, the daughter of the late Richard Clemence and Jenny Mae Clemence. Frances graduated from Savannah High School in 1943. In June 1945 Frances welcomed home from World War II the love of her life, Richard Fogarty, who had been missing in action earlier that year. They married a few days later and remained devoted to each other until Richard passed away this past October. Frances made an indelible mark in the lives of her seven children, nineteen grandchildren, eleven great grandchildren, and countless friends. She possessed amazing charm and poise and lived a life focused on other people's needs. She had an amazing ability to find the positive in almost every situation She enjoyed playing bridge, sewing, reading, and restoring antiques. She also volunteered at her children's schools and remained active in the Catholic Church her entire life, including considerable work for St. Vincent de Paul Society. Words are not adequate to convey how much she was loved by her family and friends. A funeral mass will be held at 10:30 a.m.,   Wednesday, April 23, 2014  at Prince of Peace Catholic Church with Father Eric Hill officiating. Interment will follow at Gwinnett Memorial Park. The family will receive friends from 6:00-8:00 pm with a Prayer Service at 7:30 on Tuesday, April 22, 2014 at Wages & Sons Gwinnett Chapel, 1031 Lawrenceville Hwy, Lawrenceville, GA 30046, 770-277-4550. Online condolences may be expressed at www.wagesandsons.com.