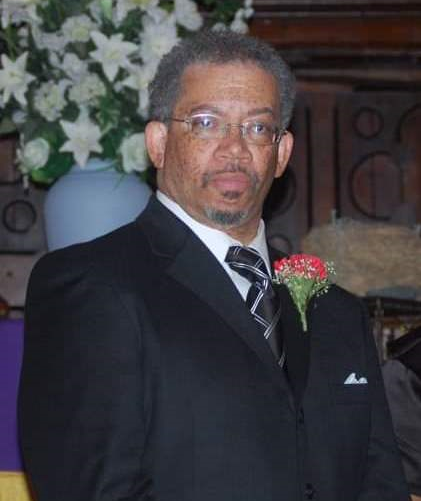 Remembering Francis Laverne Michael King, Jr. Francis L.M. King Jr. was born September 4, 1957 to Francis “Frankie” and Juanita (Harris) King. God called Frank home on January 18, 2019. The oldest child and only son of three children, Frank was born and raised in Boston, Massachusetts. His faith was kindled and supported through his catholic education while attending St. Patrick’s Elementary school and Boston College High School. Frank completed his education with a Bachelor of Science in Computer Technology from Boston College in 1983. Frank moved with his family from Massachusetts to Maryland in 1987. The family joined Holy Comforter/St Cyprian RCC in Washington, DC and shortly thereafter Frank began his choral career, singing with the HCSC Gospel Choir and participating as a Tenor on the Mass of St Cyprian, a live recording composed, arranged and directed by Kenneth Louis and recorded in 1999. Frank worked in both the Banking and Computer industries throughout his life. In his later years, Frank formed a computer consulting business, Regorum, which he maintained for many years. Frank, like his Father before him, had a great love of books. It would be unusual to find Frank without a book either in his hand or close by. He was also a self-avowed ”Trekkie” (Star Trek aficionado) and would joyfully watch re-runs of Star Trek and The Three Stooges. Frank was nicknamed Toby and this is what he was called throughout his growing up years. Later in life his family and friends affectionately called him “The Professor” Frank moved to Georgia in 2010 to join his beloved mother and family. He quickly found his last church home at Christ Our Hope Catholic Church and joined the choir there. Frank truly enjoyed his new church home and family, joyfully singing with them and being a part of their community. Frank has left to remember him with love his mother, Juanita (Harris) King-Lathen, his son, Francis L.M. King, III; his sisters, Torreen Cummings (Ernest) of Conyers, GA and Christine Houston-Lacy of Lawnside, NJ; his nieces Angelique and Lauren Cummings and his nephew Robert Houston, Jr.; his lifelong friends the “Musketeers” (you know who you are); special cousins Michael and Leonard King and his beloved companion of many years, Karren Debow, as well as many friends and choral partners.