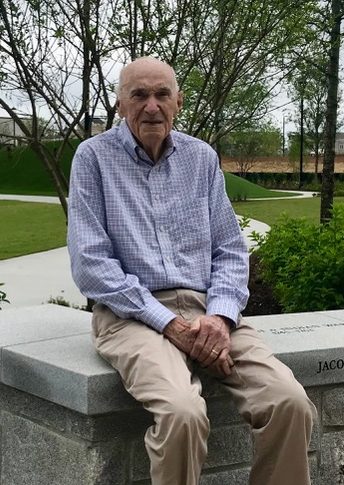 Fred Ray Croney, age 88, of Atlanta passed away Saturday, August 17, 2019. His wife of 63 years, Margie, survives him. He was born in Fayetteville, TN February 3, 1931. After serving in the U.S. Army Signal Corps, he worked for the FBI in Washington D.C. He joined Southern Bell in 1960 where he had a very rewarding career in Information Technology. Throughout his career at BellSouth he met and worked with so many people that he admired and continued to call friends long after his retirement in 1985. He is survived by his wife Margie; his son Mark and wife Kim, Lawrenceville; three grandchildren James Croney, Maggie McDaniel and husband Shaun; Chad Dial and wife Meredith; three great grandchildren Finley McDaniel, Myatt Dial, and Beau McDaniel. He will be greatly missed by his family, friends and all who knew him. Visitation will be Thursday morning, August 22, 2019 from 9:00 AM until 10:30 AM at Wages and Son’s funeral home located at 1031 Lawrenceville Hwy, Lawrenceville, GA 30046. He will be laid to rest at Georgia National Cemetery, 1080 Scott Hudgens Dr, Canton, GA 30114, with service and military honors that same day at 1:30PM. In lieu of flowers, donations can be made to the Alzheimer’s Foundation.