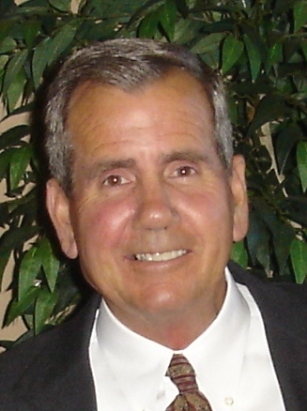 Gene Mathews Dyke, age 60, went to be with the Lord on March 13, 2015. Gene was a resident of Dacula, Georgia, and previously lived in Cairo, Georgia. Gene was the son of Colonel Samuel E. Dyke and Betty S. Dyke, who preceded him in death. Gene is survived by Gwyn Dyke, his wife of 34 years; his sons, Mathew Dyke and wife and grandson Lauren and Samuel Dyke, of Lafayette, LA and Philip Dyke of Brookhaven, GA; his daughter Rayna Dyke of Dacula, GA; his brothers Bill Dyke of Norman, OK and wife Paula, David Dyke of Greenwood, SC and wife Patsy, and Sam Dyke of Roswell, GA and wife Christine; brothers in law Scott Lewis of Buford, GA, Mark Lewis of Houston, TX and wife Bridget; sister in law Lynda Neal of Buford, GA and husband Randy; nieces Kelli Satness of Norman, OK and husband Adam, Victoria Lewis of Buford, GA, Callyn Harvey of Okeechobee, FL and husband Weston, and Adelaide Lewis of Houston, TX; nephews Billy Dyke of Hollywood, CA, Shannon Adams of Ninety Six, SC, Charlie Mac Adams of Charlotte, NC, and Tyler Neal of Brookhaven, GA. Gene is also survived by many aunts, uncles, and cousins. Gene was a member of Hebron Baptist Church and the Hamilton Mill Golf Club. He was employed with Gulf Atlantic Sales and Associates, LLC, and previously in the nursery industry. He attended college at Louisiana Tech in Ruston, LA and the University of South Alabama in Mobile, AL, where he was a member of the Kappa Sigma Fraternity and played on the University of South Alabama golf team. The family will be receiving visits from friends and family on Sunday, March 29, 2015, from 2:00 until 5:00 p.m. at Apalachee Farms Clubhouse 1001 Dacula Rd. Dacula, GA 30019 In lieu of flowers, donations may be made to Autism Speaks www.autismspeaks.org In Honor of Samuel Dyke, Gene’s Grandson 888-772-9050