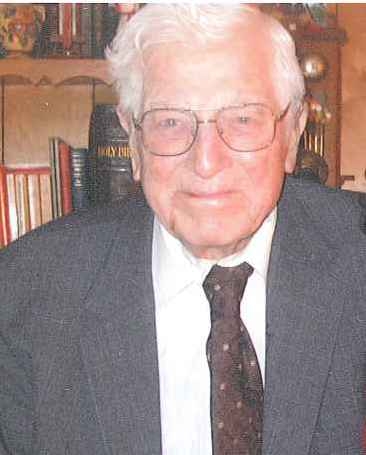 George Howard Lankford, age 96, passed away Thursday, June 9, 2016 at his home. He was born on September 29, 1919 in Penns Grove, New Jersey, where his father worked as a chemist during World War I. His parents, Rhoda O'Kelly Lankford and George Curtis Lankford moved the family back to Atlanta after the war. George enlisted in the U.S. Navy at the beginning of World War II and was stationed at the Brookhaven Naval Air Station in Atlanta before being sent to Guam in the Pacific where he worked as an airplane mechanic for the duration of the war. He re-enlisted in the Navy after his first tour of duty and was stationed at Dobbins Air Force Base in Marietta where he rose to the rank of Chief Petty Officer. George married Lucy Catherine Lankford on October 8, 1949 and adopted twins in 1954. In 1958 he was transferred to Willow Grover Air Force Base in Ambler, Pennsylvania where he taught electronics until his retirement from the Navy in 1962. George moved his family back to Atlanta where he worked as a Quality Assurance Specialist for the Defense Contracts Administration of the U.S. government until his retirement in 1982. Both George and his wife were charter members of Amazing Grace Lutheran Church located at 3305 Lawrenceville Highway. They spent their retirement years traveling the U.S. and camping seven months of the year at Moccasin Creek at Lake Burton, Georgia and two months in Pensacola, Florida. George's wife passed away on May 1st of this year. George is survived by his son, David Michael Lankford and daughter-in-law, Janice Lee Lankford of Lawrenceville; his daughter, Catherine Elizabeth Lankford and son-in-law, Michael William McKay of Forest Hills, New York; niece, Sandra Johnston Bruns of Cumming, GA; great-niece, Diana Kimling Keegan of Atlanta; great-nephew, Johnny Stevens of Atlanta, and great-grand-nieces, Jennifer Mary Kimling and Rachael Lauren Kimling; and great-grand-nephew, Christopher Robin Kimling, all of Marietta. George will be missed. The Service to celebrate the life of George Howard Lankford will be held at 12:00 Noon on Saturday, June 25, 2016, at Amazing Grace Lutheran Church, 3305 Lawrenceville Hwy., Lawrenceville, Georgia with military honors. In lieu of flowers, the family asks that donations please be made in memory of Mr. Lankford to Amazing Grace Lutheran Church, 3305 Lawrenceville Hwy., Lawrenceville, Georgia 30044. Arrangements are in the care of Wages & Sons Funeral Home - Gwinnett Chapel, 1031 Lawrenceville Hwy., Lawrenceville, Georgia 30046 770-277-4550