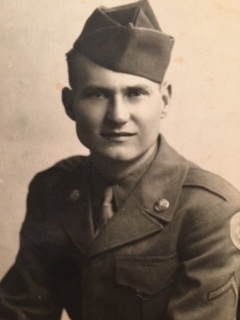 Gifford "Gipp" Turner, 86, passed on Thursday September 29, 2016 at Eastside Medical Center. He resided in the city of Stone Mountain with his wife Charlotte Turner. Gipp was an inventor of sorts and loved to build and modify with wood and masonry. He served his country in the US AIrforce at a young age and was very proud of his time served as a V.F.W. He is survived by his wife Charlotte "Null" Turner and his son John (Maggie) Turner. He was also blessed with his grandchildren Jamie (Nicholas) LaMarque and Tyler (Courtney) Hooper and his great grand children Kelby LaMarque and Macie Hooper. Funeral services will start with viewings scheduled for Sunday October 2 2016 from 2-4 pm and Monday October 3 2016 at 1pm. Funeral and burial will start at 2pm on Monday October 3 2016. All services will be held at Wages and Sons in Stone Mountain Ga.