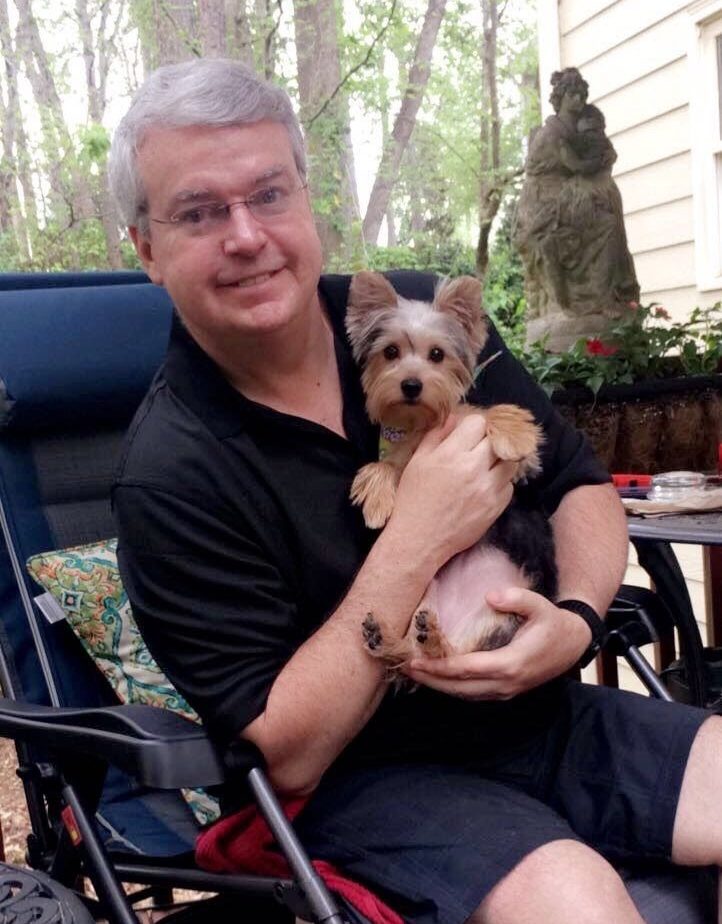 Gregory James Covington, age 59, passed away on October 22, 2018, following a several year battle with a rare type of cancer called GIST. Greg, a native of Pensacola, Florida, and a long time resident of Atlanta, Georgia, is survived by his wife, Jennifer (Uden) Covington, son, Alex Gregory Covington, twin daughters, Mary Caitlin Covington and Kelly Covington Davis and son in law Ryan Davis, his mother, Mavis Watson, sister, Sheron Covington Moshell and her husband Charlie Moshell, his nephews Chad and John Moshell and wife Jessica Moshell and their children Michela and Gavin, and his Aunt, Beth Wade. He is additionally survived by many beloved cousins, and our extended family of the most loyal best friends from both childhood and from our Morningview neighborhood community where our children have grown up for the past 20 years. He is preceded in death by his father, James Henry Covington. Greg, a CPA, served as Financial Director of Meggitt Training Systems in Suwanee, Ga. He also served as a committee member of the Meggitt-USA, Inc. 401(k) plan, and was a member of the American Institute of Certified Public Accountants. As a child, Greg attended East Hill Christian Elementary, and graduated from Pensacola School of Liberal Arts Class of 1977. Greg attended Pensacola State College, the University of Florida in Gainesville, Florida, and graduated from the University of West Florida with a BA in Accounting in 1981. Greg, a very dedicated professional, also loved spending time with his family. He was extremely proud of his three children. He was able to walk Kelly down the aisle for her beautiful wedding last year. He watched Mary graduate from nursing school as a RN in December. He additionally took pride in watching Alex launch “Covington Films” and thrive as a talented wedding videographer. Greg loved to plant flowers and tend to his beloved deck at home. He was notorious for being “Chef Greg” on the weekends, where he would often be found grilling a creation from scratch on his Big Green Egg. He was an avid concert fan, and would not hesitate to fly to California if he heard that Pink Floyd would be performing there. He knew how to enjoy his life and take care of his family. Greg enjoyed attending 12Stone Church in Lawrenceville. His faith in God helped carry him through each day, especially during the more difficult days of battling cancer. He was always positive and happy, except on days when his Atlanta Falcons would lose a game (which happened more than it should!) However, on his last good day while in the hospital, he was able to witness a Falcons victory. Greg’s family would like to thank his dedicated team of Emory specialists, and the Emory University Hospital oncology nurses and doctors, (Especially Dr. Jane Meisel, our cousin), the Emory hospice nurses and Dr. Ravi and Dr. Read. We would also like to express our gratitude to our family and friends, including our children’s amazing friends, who have been at Greg’s side continually during his final days. Visitation will be on Friday, October 26, from 5 to 8 pm at Wages and Sons Funeral Home in Lawrenceville. The funeral service will be held in the chapel on Saturday, October 27th at 11am. A private family burial will be held in Pensacola, Florida at Bayview Cemetery at a later time. In honor of Greg’s memory, donations may be made to GIST Support International at gistsupport.org.