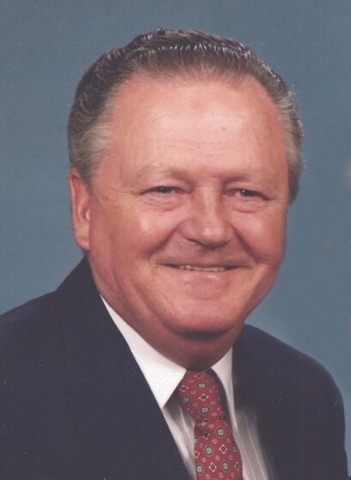 Harold Arthur Freeman, age 88, passed away Tuesday January 24, 2017. Harold was born in Paulding County, GA on July 19, 1928. He grew up in Paulding County and married his high school sweetheart Elizabeth Bennett. He is survived by his wife Elizabeth, son David Freeman and daughter-in-law Nina Freeman, Daughter Wanda Hickman, 5 grandchildren, Brad Freeman & wife Donna, Kelly Graber & Husband Chris, Leah Ferguson & Husband Will, Lindsey Hickman & husband Jon Paul Davis and Lauren Hickman & husband Joel Ross. 6 Great Grandchildren, Jason Freeman, Matthew Freeman, Krista Freeman, Ansley Graber, Jackson Graber and William Ferguson. Harold was a talented “Mr. fix it”! From his early days at Lockheed Air Craft, he held multiple jobs across a number of professions until he evolved into auto body repair work and later into wood working. He became quite well known for his skills at rebuilding totally wrecked cars. He even once took two wrecked mustangs of different model years, cut them in half and took the remaining good sections from each and put them back together to produce a unique car that his daughter drove throughout her college years. Later in life he took up woodworking and built high quality oak furniture and made many flag boxes for veterans. He was a member of the Sweetwater Masonic Lodge. He enjoyed golf. He was a member of Hamilton Mill Christian Church. As a wonderful father and grandfather Harold gave freely of his mechanical talents. It seemed as if every time something broke for any of his family members the standing cry was call PaPa, he can fix anything! Visitation will be Thursday, January 26, 2017 from 4 to 8 PM at Wages and Sons Funeral Home in Lawrenceville, GA www.wagesandsons.com. Funeral services will be at Wages and Sons at 11 AM on Friday January 27, 2017. Burial will be at 2 PM at Morris Cemetery at 4100 Hiram Lithia Springs Road Powder Springs, GA 30127. In lieu of flowers donations may be made in his name to Hamilton Mill Christian Church 809 Sardis Church Rd, Buford, GA 30519. hmccfamily.com