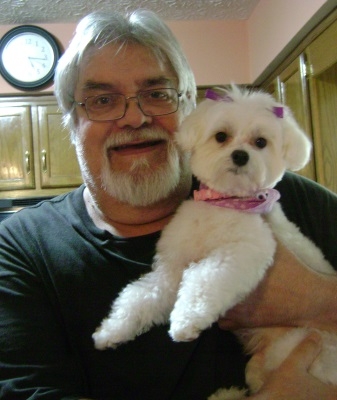 Harry Guabelly of Lawrenceville, Georgia died on Friday, May 13, 2016 at the age of 62. Harry was a true native Atlantan born at Georgia Baptist Hospital on December 31, 1953, to Harry Guabelly, Sr. and Lillian Reynolds Guabelly. Harry is survived by his wife of 30 years Linda Darby Guabelly; his sister Harriet (Bunny) Blume; brothers-in-law Charles (Chuck) Blume and Bruce Andrew Darby; his niece Stephanie Strobel;his first cousins Lynn Hardegree and her husband Craig Wakins, Bill Hardegree and Patricia (Patty) Leonard and her husband Don Leonard and their children Donny and Mary Lynn. Harry grew up on the southside of Atlanta and attended Sylvan High School. He worked various jobs during his lifetime; but, loved doing his own business "Mr. Tweets". He was very creative and enjoyed exhibiting his wildlife habitat boxes at numerous arts & crafts shows in the metro area. Mr. Tweets was proudly associated with Bluebirds Over Georgia and The Audubon Society while his business was in operation. Despite Harry's efforts to keep his business going, renal cell carcinoma developed in year 2000 and eventually wore Harry down with a steady progression of reappearances and eventual metastatic disease. Many thanks goes out to all the many healthcare personnel that administered and supported Harry throughout this ordeal. Harry had many friends and will be greatly missed by all. Linda will keep his love in her heart and cherish his memory forever.