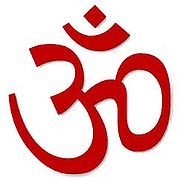 Hemant Manubhai Naran, known to many as Ham, was born in Johannesburg, South Africa, on April 20, 1975. He lived the first part of his childhood in Johannesburg and India, after which he grew up in Memphis, TN. He moved to Atlanta, GA in 1992 to begin college at Emory University, and stayed after to conquer Atlanta and make it his home. Hemant was husband to Rachana, father to two daughters (Arya and Maya), son of Manubhai and Bhartiben Naran, and brother to Sameer. On Friday, January 11, 2019 at 10:07 pm, he left this world too soon, with a life of love behind him and a peaceful journey ahead. After studying Biology at Emory University, Hemant ultimately decided to make the leap into the financial world. Hemant began his focus on wealth management in 1997 and was most recently a financial advisor at Morgan Stanley. Additionally, he was an angel investor, and has invested with a few of the TiE Charter Members. He was also the co-chair of the inaugural Akshaya Patra Foundation-Atlanta Chapter. Today we celebrate the joy Hemant brought to the lives of all that knew him. He made instant friends with everyone he met and left lasting impressions with all. He knew how to lighten the mood and had a knack for telling a great joke and making someone laugh. He had great stories to tell, that never got old. He always lit up a room with his personality, smile, and laughter. He was always first to step up to help others, and his genuineness was felt by all. His lasting legacy will be how he always looked out for others above all else. He had a passion for sports and was an avid golfer, organizing numerous golf tournaments for charity. He even took time and great pride in coaching his daughters’ basketball teams. He had a strong sense of community, as he was involved in TiE Atlanta, Akshaya Patra, and annually “adopting” a child for the holidays. Here are some of the repeated memories that family and friends have shared over the past few days… Hemant’s the guy that made every place better. He was a kind, caring, and loyal person. He brought instant smiles to so many through his sense of humor. He had the best conversations with people. He was a kid at heart, and kids adored him. He wanted the best for people, always encouraging and inspiring. Hemant’s memory will always live on in the loving family he left behind and in the many friends he had throughout the world. His family wishes for Hemant’s passing to be a moment of remembrance of a life well-lived and not one of sadness. They wish to express their sincere gratitude for the many acts of kindness and care provided by family and friends during this time.