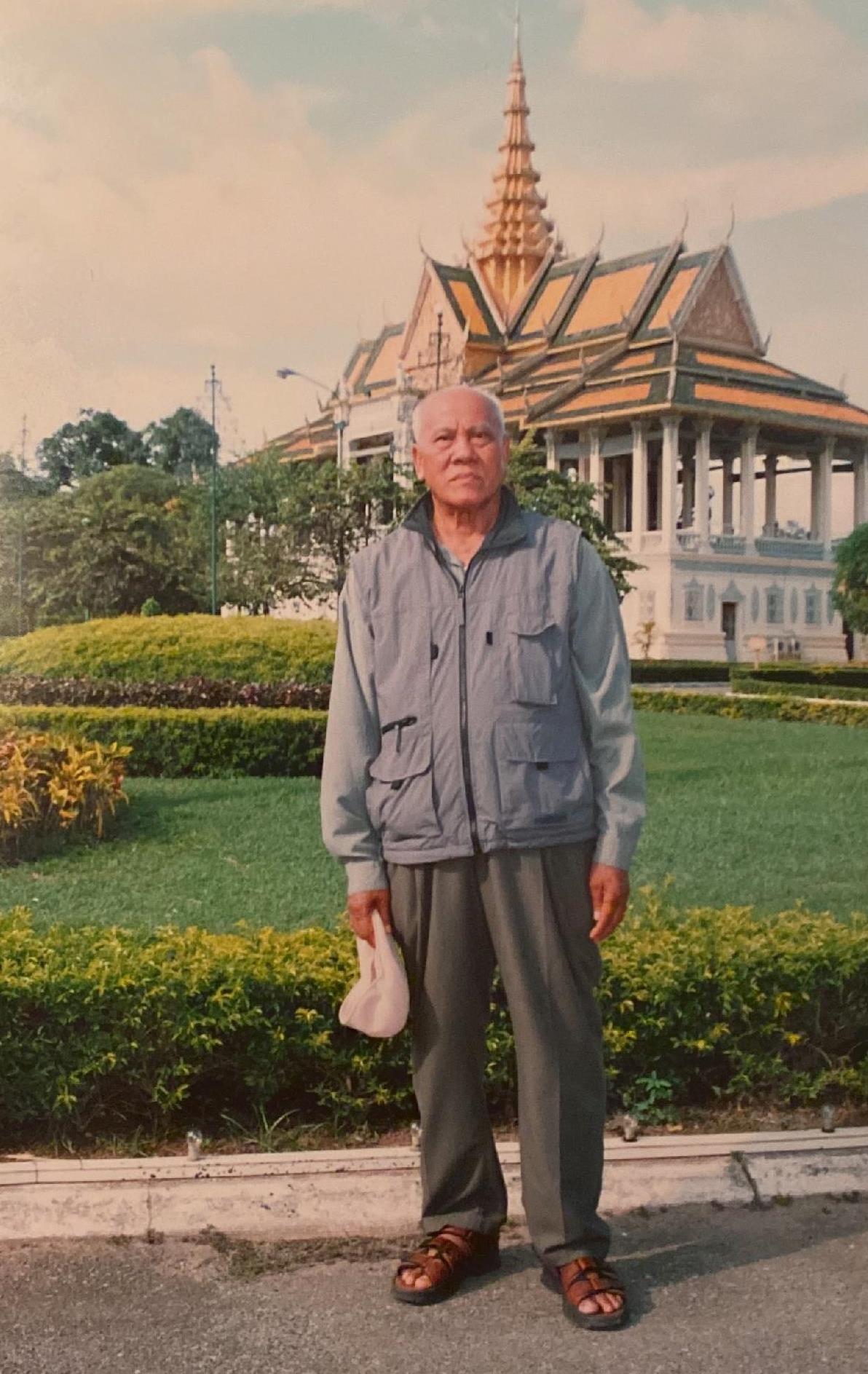 Hum Mean passed away at the age of 95 in the home of his daughter, Thavy, at 11:20 AM on Friday, August 14th 2020 surrounded by members of his family. The local monks were also present to chant and bless him as he departed this life.

One of nine children, Hum Mean was born in Battambang, Cambodia on September 2nd 1924 to his parents Mean Kui and Koun Eam. In his early 20s, he married Nap Ku. During his lifetime, Hum Mean saw the end of French Colonialism in Southeast Asia, the Great Depression, Japanese occupation, the Vietnam War, and survived the brutality of the Khmer Rouge Regime. He and his family fled Cambodia in 1979 and arrived to the United States on May 18th 1981.

Funeral services will be held on Friday, August 21st 2020. The morning service will be at Sovannkiri Temple at 2864 Centerville Highway, Snellville, GA 30078. The family invites you to this event for a Buddhist farewell chant and lunch starting at 9:30 AM.

At 2:30 PM on the same day, there will be a viewing, service, and procession ending in the cremation of his remains held at Wages & Sons at 1031 Lawrenceville Highway, Lawrenceville, GA 30046.

The morning Buddhist service and afternoon procession will be streamed via Zoom by family at: https://zoom.us/j/91784668609.

The service at Wages & Sons will be streamed here via their website’s streaming service.