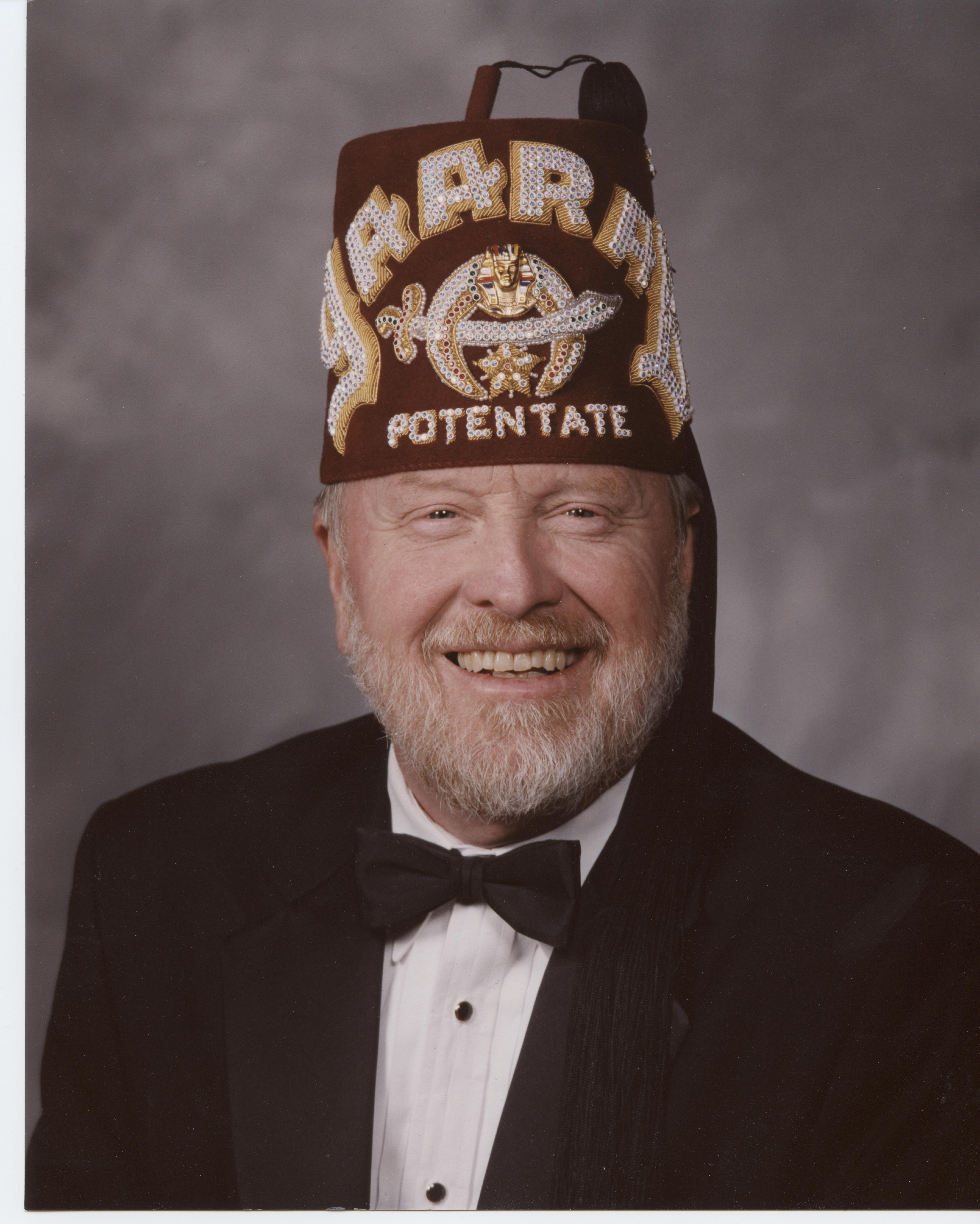 Jack L. Hardin The 81st Potentate of Yaarab Shrine is as Masonic as they come. He was a founding member of Charity Daylight Lodge, the only Blue Lodge that was started in and holds its meetings in a Shrine Mosque. He was a regular officer and served as Lodge Master. In fact, Masonry was Jack Hardin’s life. He was a former president of the Southeastern Shrine Past Masters Associations and a regular member of Yaarab’s Knights of Mecca Unit. He came with his family to Decatur in 1951 from Copperhill, Tennessee, where he was born on May 29, 1943. A decade later he graduated from Avondale High School and went to work immediately. For the next 35 years, he followed a career in the steel rule die making and die cutting business, and then owned Pair of Jacks Embroidery in Dacula. Jack’s Masonic journey began in 1964 when he was raised a Master Mason in Belvedere Lodge 725. And less than six years later he was elected Worshipful Master of the Lodge. At 27 years of age, he was one of the youngest Worshipful Masters on record. His brethren recognized in the young man a dedication to the craft and a gift that is rare indeed. And his dedication and knowledge of the rituals was undiminished in his life priorities. At the time he was elected Recorder of Yaarab Shrine in 1998, he had served nearly two decades as Director of Work for Dacula Lodge 433 and Belvedere Lodge 725. A Scottish Rite Mason, Brother Hardin became a noble of Yaarab Shrine on June 13, 1979. He joined the Knights of Mecca Unit and in 1991 served as president. Two years later, his peers elected him president of the Southeastern Shrine Past Masters Association. He also served on the Potentate’s Escort. A member of Gwinnett Shrine Club, the golf association, and the Ridgerunners Association, together with outstanding service as a fundraiser for the Shrine Circus and for Shriners Hospital for Children, Jack was singled out by his fellow nobles and presented Merit Award #285 in 1997. In addition to being outstanding as a worker and as a leader in the Masonic fraternity, Noble Hardin was also talented with a pleasant singing voice. He sang along with the Entertainers or broke forth in a solo that was bound to please any audience. The rest of the nobility had an opportunity during 2004 to watch a gifted and dedicated Masonic leader set new heights and standards for the fraternity. Jack Hardin was quiet, humble, sincere, and conscientious. He reminded us that the Blue Lodge is where it all begins. Jack passed away on Friday, March 2, 2018, he was 74 years old. He was preceded in death by his father, Frank James Hardin and his sister, Phyllis Ann Garrett. He is survived by his wife, Jean Wooten Hardin of Dacula, Children Deanne and Leigh Hardin, and Randy (Katrina) Hardin of Covington, grandchildren Dallas (BJ) Gloyd, Ethan and Jovie Hardin, great grandchildren Shiloh and Kadence Gloyd, step children Jeanene (Dan) Fowler of Brookhaven, Gigi (Paul) Dykes of Lawrenceville, Jeff (Rene) Fowler of Cartersville, step grandchildren, Jennifer and Jordan Dykes, Ty, Jacob and Kaleigh Fowler, brother, Frank (Joann) Hardin of Conyers, Nick (Suzanne) Hardin of Fayetteville, Mother Mary Ellen “Pat” Collis Hardin of Decatur. A celebration of life service will be held Tuesday, March 6th, 11 am at the Wages & Sons Stone Mountain Chapel with Pastor Dennis Bellamy officiating. The family will receive friends Monday evening from 6-8 pm at the funeral home. Interment will follow at Eternal Hills Memory Gardens with Masonic gravesides conducted by the Dacula Lodge #433. In lieu of flowers contributions may be made to the Yaarab Shrine Children’s Hospital Fund, 400 Ponce De Leon Avenue, N.E. Atlanta, Georgia 30308. Wages & Sons Stone Mountain Chapel, 1040 Main Street Stone Mountain, Georgia 30086. Online Condolences may be offered at www.wagesandsons.com