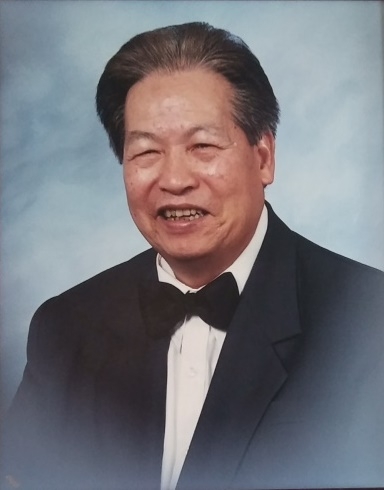 Mr. James Foon Lee, age 94 of Conyers, passed away on Tuesday, May 23, 2017. He was born on June 23, 1922 in Taishan city in Guangdong Province, China. He was married to Nga Lan Tam Lee who passed away February 24, 2011. He is survived by his son Dr. Louis Sang Lee, daughter in law, Virginia Mercia Nourabadi Lee, and daughter Wendy Sue Lee. He is survived by his six grandchildren, James Tiger Lee, Jeremy Daniel Lee, Jayden Alexander Lee, Luvlan Isobel Lee, Loralei Anabel Independence Lee and Leila Arabel Lee. Mr. Lee immigrated to the United States at the age of 13 where he settled in San Francisco, California. He served in the United States Army during World War II and was stationed over in Japan. He was married to Nga Lan Tam in 1964. They started their family in San Francisco where he worked as a cab driver. In 1976, he moved his family to Atlanta to start one of the first Chinese restaurants in the city, the Chinese Garden. He later started the Hong Kong Restaurant on Buford Highway, and lastly, the House of Lee Chinese restaurant in Lithonia. He retired as a restauranteur in 1997. Viewing will be at Wages and Sons Funeral Home located at 1031 Lawrenceville Hwy., Lawrenceville, GA 30046 on Saturday, June 3, 2017 from 5:00 to 9:00 p.m. The funeral service will be held on Sunday, June 4, 2017 at 2:00 p.m. Mr. Lee will be laid to rest at Cypress Lawn Cemetery in Colma, California on Sunday, June 17, 2017.