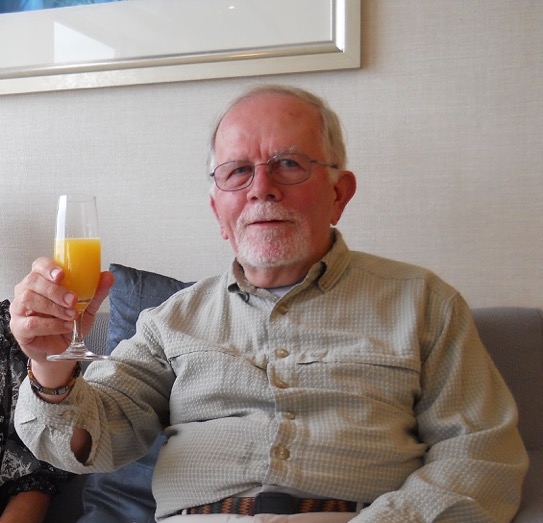 For a number of years, Jim Skeen managed life with two chronic diseases, carcinoid syndrome and Parkinson’s, with courage and aplomb. Despite some physical limitations, he refused to retire to his recliner chair and instead continued his worldwide travels and eclectic interests. Finally the carcinoid syndrome was no longer controllable with medical intervention, resulting in his crossing the finish line on May 30, 2017, not long after his 75th birthday. Special thanks to Emory Healthcare workers and Atlanta Hospice for their help during this journey. His liberal arts education at Maryville College in TN provided him with the foundation for his interests in the many cultural traditions of the world and led to his numerous travels of discovery (48 countries) during retirement. His post graduate education at the University of Georgia with a PhD in their renowned Ecology program was the foundation for his professional career. He spent many years at Fernbank Science Center teaching students of all ages and expanding the horizons of DeKalb county teachers through enrichment courses. He managed the unique Fernbank Forest area in the 1970’s and 80’s and did ecological research there. He helped guide graduate student research projects in the ecology program at Emory University. When plans for the Fernbank Museum of Natural History solidified, he transitioned to the management team there as Associate Director and helped to make that museum a reality, doing everything from working with architects and construction supervisors to raising funds for the project. After celebrating the museum’s opening, he transitioned once again to consulting on museum development projects, then gradually to full retirement and traveling. A lifetime of eclectic interests led also to a variety of philanthropic interests to which he devoted considerable energies. Categories of his “causes” included environmental organizations, liberal arts educational institutions, science education for youth in Appalachian areas, the Appalachian Trail, refugee programs, education programs in Asian and Africa, historical museums in the USA, and East Tennessee Children’s Hospital. He enjoyed serving as host for the past eight years to public health professionals from developing countries who were spending a year at Emory University as Humphrey Fellows. He is survived by his wife of 51 years, Marianne, whom he met at Maryville College, his sister Deborah Skeen of Knoxville, and a number of nieces and nephews. Marianne plans to celebrate his life in many circumstances with friends and family in informal gatherings and to take both his spirit and some of his ashes both to many special places that he enjoyed as well as to some that were still on his list of places to discover. His wit and wisdom and his ability to tell stories will linger in the memory of many friends. Memorial contributions can be made to the Southern Appalachian Highlands Conservancy, a very effective regional land trust that protects landscapes in western North Carolina, including lands surrounding the special section of Appalachian Trail that crosses the Roan Highlands and Hump Mountain. Their web site is: https://appalachian.org, and the address is 372 Merrimon Avenue, Asheville, NC 28801.