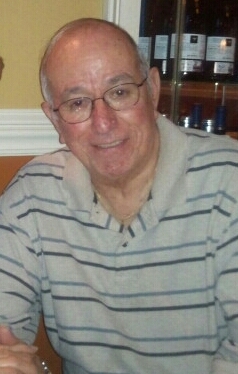 Vanacore, James Richard (Jim), 72, beloved husband of Patricia A. Vanacore, passed away peacefully on February 19, 2016. After living in the New Haven, Connecticut area most of his life, he and his wife recently moved to 536 Hunt Station Dr., Lawrenceville, Georgia 30044. He is survived by his son, Christopher Vanacore, sisters Mrs. Robert Pace (Loretta), Mrs. Nicholas D’Erico (Florence), Ms. Carmella Vanacore, brother Michael Vanacore, three nephews, a niece, and 11 grandnieces and grandnephews. James was a veteran of the U.S. army and he retired from Connecticut Transit after 34 years as a bus driver. His interests included traveling, cooking, music, and computers. Contributions may be made to the Alzheimers Association, Parkinson’s Association, or any charity of your choice.