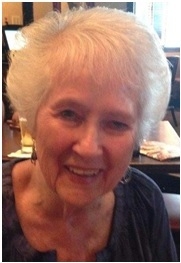 Janet Marie Chalmers Janet Marie Chalmers, age 79, passed away August 12, 2017. She was preceded in death by her husband, Robert “Bob” Harold Chalmers, her parents, Herbert Dennis and Beulah Parten Dennis, and a brother, David Dennis. She is survived by a brother, Fred Dennis, and four children, Stacy Lynn Parrish (Rick), Robert “Greg” Gregory Chalmers, Shelly Ann Matheson, and Shannon Chalmers Buchanan (Robert), and seven grandchildren, Zachary Matheson, Lauren Matheson, Alexandra Parrish, Brandon Buchanan, Aubreigh Buchanan Smith (David), Harrison Buchanan, and Sarah Buchanan, and two great grandchildren, Trevor Smith and Tyler Smith. Janet married Bob, the love of her life, on June 23, 1957 in Dalton, Georgia. They were married for almost 56 years, until Bob’s death in 2013. Janet was a registered nurse who worked as a recovery room nurse at Crawford W. Long Hospital for 10 years, an intensive care nurse at DeKalb General Hospital for 10 years, and as a charge nurse for blood drives with the American Red Cross for 14 years, until her retirement in 2002. Her greatest role, however; was being a loving wife and mother who was devoted to her family. Janet was an avid reader, who loved a good mystery novel or suspenseful drama. She loved to travel (via their customized van) out West, with Bob. They did that for many years every October, to visit friends and family, and was always excited to take to the road. Bob drove, and Janet read, napped and pointed out the best eating places along the way. As long as she was with him, she was happy. Janet belonged to the Lord Jesus Christ, and was a member of Indian Creek Baptist Church, in Stone Mountain, for 40 plus years. Visitation for family and friends will be held at Wages and Sons Funeral Home in Stone Mountain, on Thursday, August 24, 2017, from 6:00-8:00 p.m. Her Home-Going Celebration will be held at Indian Creek Baptist Church, in Stone Mountain, on Friday, August 25, 2017, at 11:00 a.m., with internment to follow at Fairview Memorial Gardens in Stockbridge.