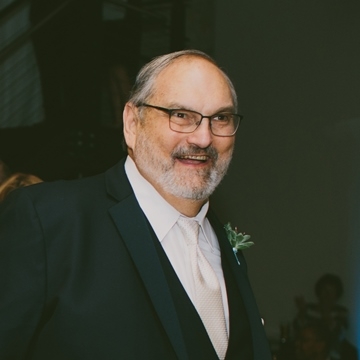 Joel Colley Armistead, age 69, of Lilburn, Georgia, died on Saturday, November 5, 2016 at Peachtree Christian Hospice surrounded by family and friends. Funeral services will be held on Wednesday, November 9th at 11 a.m. at Wages & Sons Funeral Home. Burial will follow at Greenwood Cemetery. Joel was born in Augusta Georgia. He was the son of the late Colley Dacus Armistead and Mary Bowles Armistead. Joel was a graduate of Richmond Academy in Augusta Georgia and received his Bachelor of Science degree in Industrial management from the Georgia Institute of Technology in 1969. Joel spent his career in banking and after retirement, worked for Gwinnett County in the Tax Commissioners office. He loved his family, friends, and his Georgia Tech Yellow Jackets. He is preceded in death by his parents and his brother, Thomas Armistead. He is survived by his loving wife of 46 years, Eileen Armistead of Lilburn, his daughter Emily Armistead of Cumming, his daughter Anne Armistead of Brookhaven and his son David (wife Emily “Karen”) Armistead of Atlanta and his cherished Welsh Corgi Harry; brother, Frank (Shirley) Armistead of Cumming; sister-in-law, Mary Anne Armistead of Louisville; several nieces, nephews and a host of friends. The Armistead Family will receive friends from 4-8 p.m. on Tuesday November 8th at Wages & Sons Funeral Home, 1031 Lawrenceville Hwy., Lawrenceville, GA. 770-277-4550. In lieu of flowers, the family requests donations be made to the Peachtree Christian Hospice located at 3430 Duluth Park Lane, Duluth, Georgia 30096.