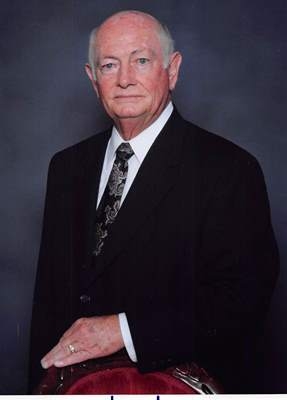 John Edmund Laws, age 80 of Lawrenceville passed away on Thursday, July 10, 2015.  John is proceeded in death by his wife of 59 years Patricia Laws; He is survived by his children, Mark Laws and his wife, Susan, Terry Laws and Diane May and her husband, Dicky; grandchildren, Ben Laws and his wife, Deanna, Casey Laws and his wife, Laura, Melissa Hudspeth and her husband, Jared and Michael May and his wife Taylor; and his great grandchildren, Haley, Hannah, James and Caroline Laws, and Madison Hudspeth Funeral services will be held on Monday, July 13, 2015 at 11:00 a.m. at Wages & Sons Gwinnett Chapel with Dr. Lamar Holley officiating.  The family will receive friends on Sunday, July 12, 2015 from 2:00pm until 6:00pm at Wages & Sons Gwinnett Chapel. Online condolence can be expressed at www.wagesandsons.com