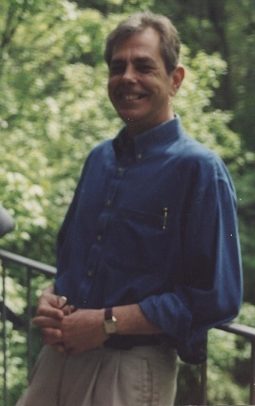 John Frederick Hull Jr. was born in Atlanta, GA on March 19, 1949 and went to heaven April 2, 2019. John served in the army and fought in the Vietnam War after serving his time he received an honorable discharged. John attended DeKalb, Georgia Tech and Georgia State University majoring in graphic Arts and Cartology. John loved Photography, Graphic Arts and was a great artist. He started his own company and called it Lauren Group LTL after his daughter Ashley. John loved collecting cameras, especially old ones. He loved taking pictures and developed his own pictures. John as a hobby fixed our cars He has put in a transmission, brake jobs and many other repairs. John had a Porsche, an old one, he loved, you could not miss it the color was green. After many years he eventually had to sell it for a minivan he had a family of 4. John was a kind and wonderful husband to Sandy and a great Dad to Ashley and Chris. He read to them every night from birth. He stopped whatever he was doing if they wanted him to play with them. He spent most of his free time with his children. Ashley was such a Daddy’s girl since he was left handed she was also, she was his shadow. Dr. Frank Cox of North Metro Baptist Church, our family church, where John accepted Jesus Christ as His Lord and Savior officiated at John’s service. John is preceded in death by his daughter Ashley Lauren Hull, His father Fred Hull, his Mother Dorothy Freeman Hull and his brother Richard Hull. John is survived by his son Chris John Hull, sister Carole Hull Kilpatrick and Brother In law Joe Kilpatrick, numerous Cousins, and best friend and former wife Sandy Hull Lavender. John and Sandy were divorced after 20 years of marriage only due to his drinking but the love, friendship, closeness and the bond between them never stopped. John is buried at Gwinnett Memorial Park next to his daughter Ashley Lauren Hull.