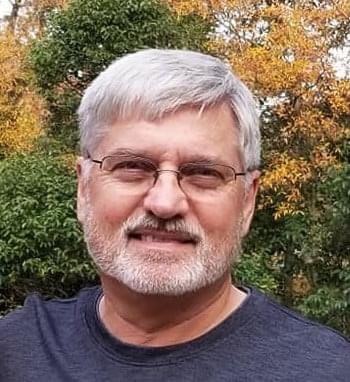 Terry was preceded in death by his father, John W. Jackson, mother, Dorothy Jean Jackson, brother, Carl Roger Jackson, and daughter, Lisa Marie Jackson. Terry is survived by the love of his life, Lynda Dillard of Lawrenceville, Georgia, sister, Cindy Black of Carrollton, Texas, and stepdaughter, Kelly Faber of Dacula, Georgia, as well as many nieces, nephews, and grandchildren.

Terry grew up in Lawrenceville, Georgia, and studied aeronautical engineering at Georgia Tech. He worked as a mechanical and quality engineer before retiring in 2019 from SKF Bearings Inc. Terry enjoyed racing cars as a young man, and always loved fishing. He won numerous tournaments and contests for fishing, and loved imparting his knowledge onto younger fishermen. After retirement, Terry enjoyed watching his grandkids and fishing even more often. Terry was an honest and kind man, and will be missed by many family and friends.

A Celebration of Terry’s Life will be held at Terry’s home on Saturday, August 28, 2021 from 11:00 AM to 3:00 PM. The celebration will be indoor/outdoor and drinks and snacks will be provided. Please drop by anytime to celebrate his life. In lieu of flowers, the family requests donations be made to Fishers of Men National Tournament Trail, P.O. Box 957, Chapin, SC 29036.