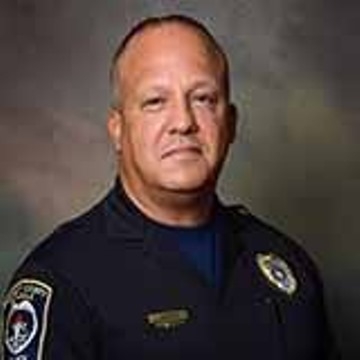 Taken much too soon, our beloved Jose Eduardo Diaz, passed away on July 17, 2017. We are certain that this loss will leave an everlasting void in the lives of all those he loved. Jose was born in New Brittan, Connecticut on March 20, 1961 and raised in Puerto Rico by his father Jose David Diaz (deceased) and his mother Lydia Josefina Romero. Jose moved to Atlanta, Georgia at the age of 16 to attend Georgia Military College. Over the course of his distinguished career, Jose served his community, beginning as a Gwinnett County Police Officer and advancing in his career to become detective for the District Attorney’s Office. Jose recently retired from his position as detective, but continued to serve his community as an officer for the Gwinnett County Schools and as President of the Georgia Gang Investigators Association. Outside of his professional achievements, it is clear his greatest pride was being a loving husband to Denisse and father to his two sons, Hector and Jose Pablo. Jose loved coaching his boys in baseball and will forever be watching their achievements from above. Jose is survived by his wife, Denisse Diaz and children, Hector Jose and Jose Pablo, his mother Lydia Josefina Romero, brothers David and Cristobal (Tanya), his sister Aurorita, nephews, and nieces. A viewing will be held on Friday evening, July 21, 2017 from 5:00-8:00 pm followed by a Rosary prayer until 9:00 pm at the Wages & Sons Funeral Homes at 1031 Lawrenceville Highway, Lawrenceville, GA 30046. A Funeral Mass will be held on Saturday, July 22, 2017 at 11:00 am at St. Oliver Plunkett Catholic Church on 3200 Brooks Drive, Snellville, GA 30078. In lieu of flowers, the family asks that donations be made on behalf of Jose Diaz to Georgia Sheriffs Youth Homes, 2048 Youngs Mill Rd, LaGrange GA 30241 www.georgiasheriffsyouth.org or The Police Athletic League (PAL) www.palnyc.org