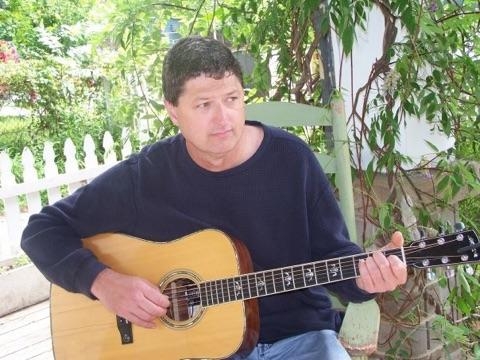 Keith Alan Naylor, 58, of Stone Mountain, Georgia. died January, 12, 2016, at home with his family. He was born Sept. 2, 1957, in Columbus, Georgia to Homer Naylor and the late Sandra Naylor. Keith used his talent in basketball to carry his message around the world, He first was a standout basketball player at Eastern Wayne High School graduating in 1975, and was recruited to play basketball for Central Wesleyan College. While in college, he married the love of his life, Nancy Canfield Naylor, and recently celebrated their 38th anniversary. After graduating he was recruited by Athletes in Action (AIA) basketball based in British Columbia, Canada. Through AIA, Keith was able to spread his faith around the globe playing international university and professional teams. After AIA, he moved to Stone Mountain, GA to begin his youth ministry at Christ Community Church. From there he expanded his ministry by starting Nitelife, then later working with Young Life, and finally founding Zacchaeus Ministries, which included The Sycamore Tree Coffee House. Keith’s ministry centered on loving people the way they were and being non-judgmental of their circumstances or past. His empathy for the downtrodden was exemplified through his reaching out to the unwanted that were ignored by most ministries in downtown Atlanta, including the homeless, sexually abused, prostitutes and drug addicts. When a stranger hurt, Keith hurt and he consistently focused on people that carried the most pain, inviting many over the years to stay with his family. He loved everyone unconditionally, which opened numerous “non-reachable” people to faith. Keith was prolific in many areas of his ministry including being a sought after national speaker, author of several books, and an ordained minister. He led too many mission trips to count to Mexico to build houses and churches in underserved communities. He furthered his education and earned a Masters in Counseling for the purpose of “helping hurting people”. Keith always used humor to break down walls and skepticism, stating that his “teasing was his love language”. Keith was a gifted musician and singer as well, starting a group As I Am (Asiam) which performed in many venues, produced three successful CDs (songs on YouTube and Spotify) that were successful in spreading his message of acceptance and love. The greatest joy of his life was his wife, children and grandchildren that all called him “Boss”. He is survived by his wife Nancy Canfield Naylor, and 10 children: Jenna, Karis and husband Matt, Kace and husband Davie, Micah and wife Kate, Keighley and husband Adam, Cole, Tyler, Grahm, Cooper, Rylie and 13 grandchildren: Josiah, Delaney, Chaney, Bella, Eryn, Judah, Garrison, Walker, Ezra, Wren, Holden, Jolene, and Sawyer all of Stone Mountain Georgia, father Homer Naylor and his wife Ann Naylor, In-Laws J.O. and Josie Canfield of Greenwood SC., brother Dwayne Naylor and wife Donna of Raleigh NC, Niece Mackenzie and Nephew Zachary Naylor and many extended family. Services to celebrate Keith’s life will be conducted at 2 p.m. on Sunday afternoon, January, 17th, 2016, at Cornerstone Bible Church at 869 Cole Drive SW, Lilburn, Ga 30047. Officiating will be the Rev. Pete Stone. Any and all are welcome to attend. Please dress like Keith would, nothing fancy. Condolences can be made to the family at 831 Main Street, Stone Mountain, GA 30083. Online condolences may be sent to the Naylor family at https://www.facebook.com/groups/KeithNaylor/, email at mailto:, or https://www.wagesandsons.com/obit/keith-a-naylor/ By request, a donation website has been established at https://www.gofundme.com/naylorfamily