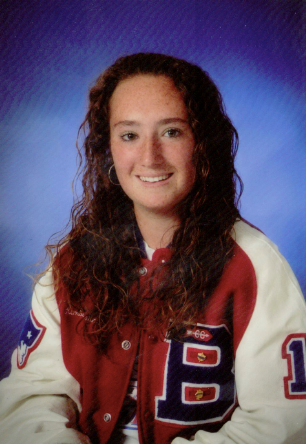 Kimberly Leigh Johnson, 23, of Lawrenceville, GA passed away on Friday, August 15, 2014. She was born in Dunwoody, GA, on February 20, 1991, to Barbara and Jeffrey Johnson. Kim graduated from Berkmar High School in 2010 and attended Georgia Gwinnett College. Kimberly was a varsity letter winner in cross-country, a committed member to the Catholic Church, and volunteer for the Red Cross. She could always be found exercising and running while listening to her favorite music. Kim had a bubbly personality and an unforgettable laugh. Kimberly is survived by her mother, Barbara Johnson, of Lake Carmel, NY; her father, Jeffrey Johnson, of Dayton, OH; and her older brother, Scott Johnson, of Atlanta, Ga. A gathering of friends and family will be held at Wages & Sons Funeral home from 6-8 p.m. on Wednesday, August 20th. A funeral mass will take place at St. Marguerite d'Youville Catholic Church at 11 a.m. on Thursday, August 21st.