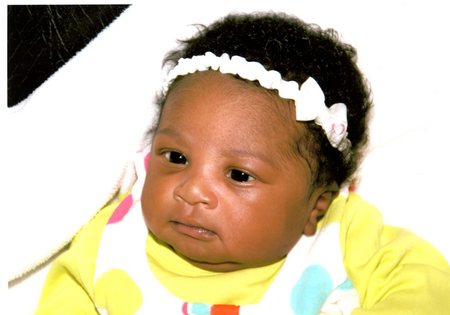 LAURELYNE LARYEA Laurelyne Laryea was born on January 4, 2012 and went home to be with the Lord on February 6, 2013 after a courageous fight against a brain tumor. Laurelyne is survived by her parents, Thomas Laryea and Emelia Asare-Laryea; sister, Lovelyne Laryea; grandparents, Ebenezer and Evelyn Asare, Ellen Dapaah; Robert Alexander Badu and Comfort Lamptey Laryea; a host of uncles. Aunts and cousins.