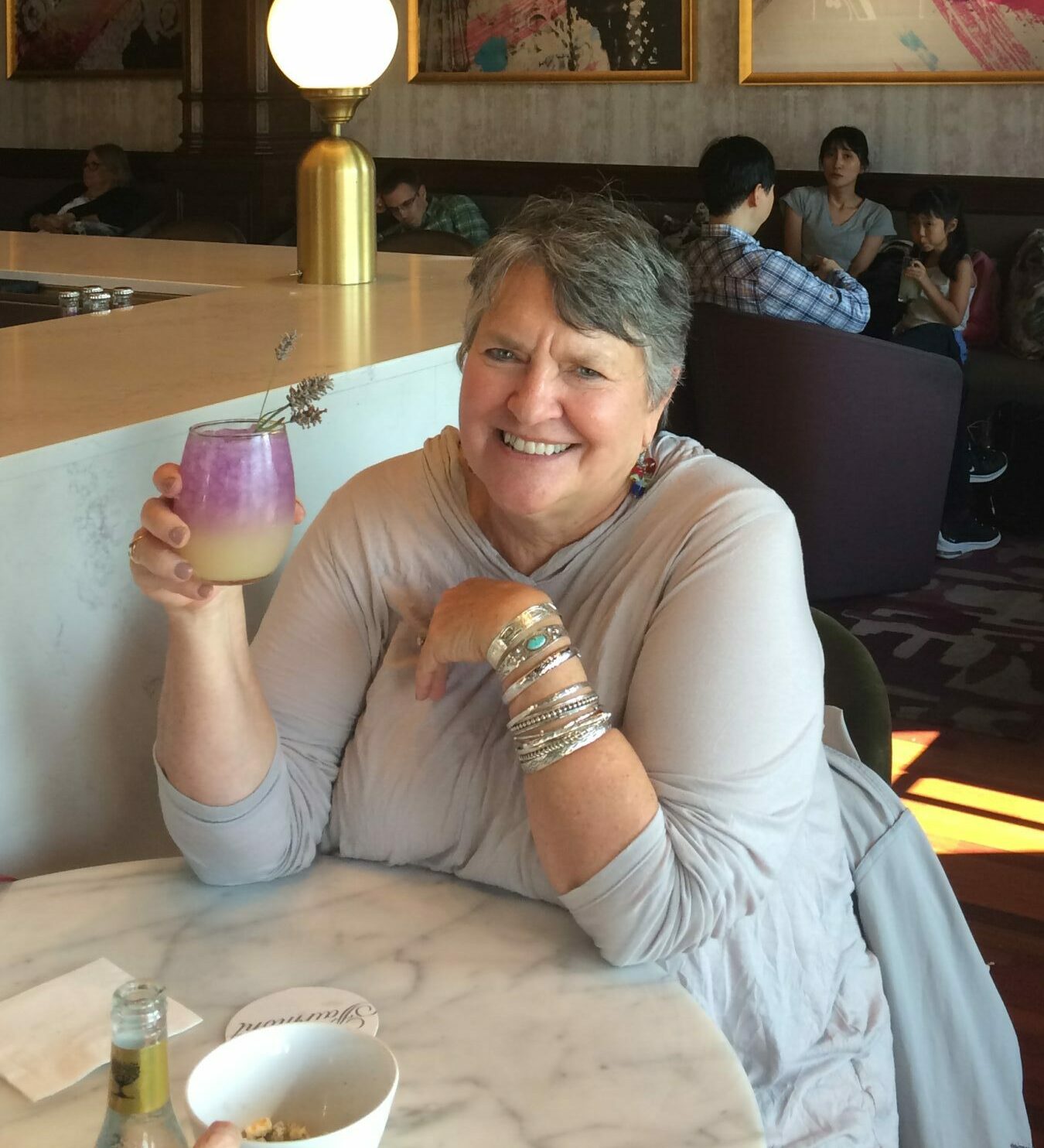 Laura Horner Winebarger, a retired social worker and long-time resident of Lilburn, GA, died on April 28, 2021 at the age of 67 after battling ovarian cancer for 4 years.

Laura is survived by her husband, Robert Winebarger, her two children, Bess and Evan, as well as her two brothers and spouses, Allan and wife Gretchen, and Mark and wife Sue. She is also survived by five loving nieces and nephews. She is preceded in dead by her mother and father, Janet Best Horner and Robert Horner.

Laura was born in Pittsburgh, PA on August 2, 1953. She graduated from Mount Holyoke College in 1975 with a BA in Psychology and received a Master’s Degree in Social Work (MSW) from The University of Pittsburgh in 1977. Laura spent over thirty years in social work for children and teens with developmental and behavioral disabilities before retiring in 2013. After retirement she worked as an Autism Care Advocate for United Health Care until 2018. On July 19, 1981 she married Robert Winebarger. Robert received a BS in Recreation and Public Management from the University of Oregon, and a Master’s in Heritage Preservation from Georgia State. He retired in February 2021 after a 30 year career in historic preservation and interpretation. Her children were always her greatest priority. Her daughter Bess was born on March 4, 1988. She is a graduate of Kennesaw State University. Her son Evan was born on November 26, 1990 and is a graduate of Georgia Southern University and a master’s recipient of Oklahoma State. Both children currently reside in the Atlanta area.

Laura was a dedicated wife, mother, and aunt. She always put family first. In her spare time, she ran an antique booth at Antiques in Olde Town in Lilburn, and was an involved member of her book and gourmet clubs. Laura picked up knitting and enjoyed making accessories for her family as well as mastered needlepoint. She also had a great affinity for dogs and cherished the companionship of her many golden retrievers. She was also very involved in her church, Central Congregational United Church of Christ in Decatur, serving on numerous committees and boards. Her special place was always the beach, where she enjoyed long walks with family and friends, collecting seashells, and reading books while listening to the waves crash onto the sand. She will be deeply missed by her friends, family, and all who knew her.

Laura had a lifelong passion for choral music. In Laura’s memory, the Winebarger family is requesting donations in lieu of flowers.

As an undergraduate at Mount Holyoke, Laura was heavily involved in the choir all four years. On behalf of her beloved time and affinity for her alma mater, please consider donating to Mount Holyoke’s Student Life Fund to continue to enrich women’s lives and their passion for music.

A memorial service is scheduled for noon on June 19 at Central Congregational Church on Clairmont Rd in Atlanta, GA. Minister Scott will officiate. Condolences may be offered at 500 Emily Dr. SW Lilburn, GA 30047.