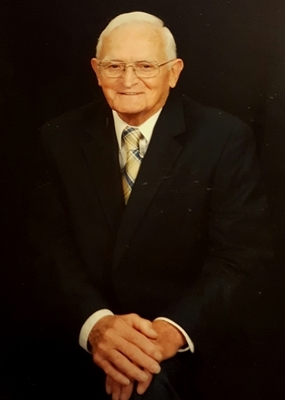 Lee Roy Gooch passed away on the 4th of January, 2017. He was born in Union County, Georgia on the 3rd of December, 1932. He enlisted in the Army the 20th of May, 1953, spent a majority of his service in Germany and was the recipient of a National Defense Service Medal, an Occupation Medal (Germany) and a Good Conduct Medal. He then moved to Atlanta, where he attended Georgia State, and then began a thirty-two and a half year career with the U.S. Postal Service. He retired at the age of 59. He enjoyed spending time with his loving wife, children and grandchildren; he especially enjoyed activities such as camping, traveling much of the country with his wife, and tending to his garden. He spent much of his time at the ballfield, watching his grandkids cheer, play baseball and play basketball, watching his granddaughter act, sing and dance in theatre performances, attending Harmony Grove United Methodist Church and being a part of his Harmony Sunday School Class and Joy Club with his wife. He is survived by his loving wife of 52 years, Joyce Gooch; daughters Michele Hodges and Kathy Burnette; grandchildren Amber and Drew Hodges, Trey, Tyler and Travis Burnette; sisters Thelma Reid and Blanch Grannis; several nieces and nephews; brother and sister-in-law Gene and Linda Robertson. He was preceded in death by parents Clayton and Lillie Gooch and his brother Jewell Gooch. Funeral service to be held Sunday January 8, 2017 at 3pm. Visitation 1-3pm. Interment follows at the White Chapel Memorial Gardens, Duluth GA.