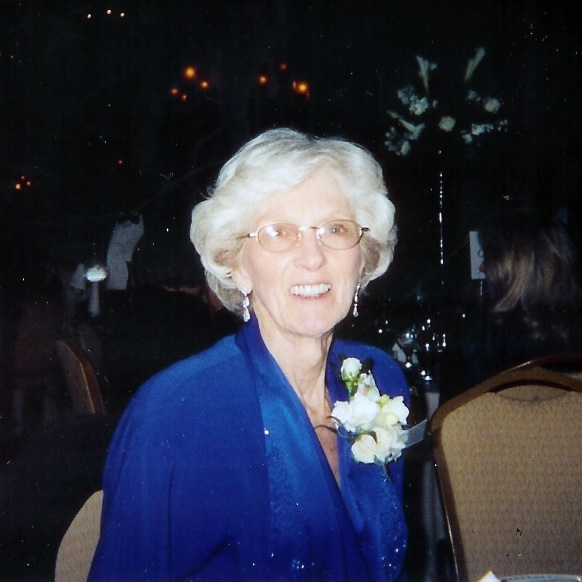 Lois Eloise (Blondie) Hix was born October 8, 1929 in Cumming, Ga. She married Richard Leon Hix on February 12, 1954. They lived in Atlanta for 30 years before moving to Lawrenceville. Eloise worked for Kraft Foods for 40 years, retiring February 1989. She was a member of East Side Baptist Church for 44 years. She was a longtime member of the Choir and received perfect attendance pins for Sunday school for 17 years. Eloise is currently a member of First Baptist Church of Lawrenceville and was a member of the choir. She was a member of Eastern Stars over 25 years. Eloise is survived by her loving husband of 61 years, Richard, her daughters, Sandy and Cindi along with her two good sons-in-law Glenn Manning and Bill Womack. Her grandchildren, Wes & Anne Manning, Kristi & David Folden, Ryan & Katie Womack, and Lindsay Womack along with five great grandchildren. Eloise is survived by her brother and sister-in-law, Billy and Peggy Purcell. Eloise was also known as Blondie to family and friends. She was preceded in death by her parents Mary Lou and Thomas J. Purcell, and sisters, Annette Teague and Betty Jo English. A funeral service will be held at 11:00 am, Monday, February 16, 2015 at Lawrenceville First Baptist Church with Dr. Lamar Holley and Rev. Inman Houston officiating. A private graveside service will follow. Donations can be made, in memory of Eloise, to the Alzheimer’s Association or First Baptist Church of Lawrenceville. The family will receive friends from 2:00-5:00 pm, Sunday, February 15, 2015 at Wages & Sons Gwinnett Chapel, 1031 Lawrenceville Hwy, Lawrenceville, GA 30046, 770-277-4550. Online condolences may be expressed at www.wagesandsons.com