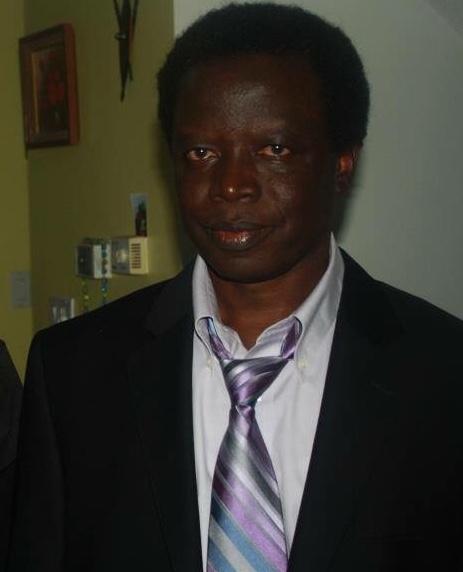 Lomumba passed away peacefully the afternoon of March 22nd after gradual decline in his health due to long battle with lung cancer. He was surrounded by his loving family as always to the very last minute of his life. Lomumba was born in (Tong) South Sudan in 1964, he received his primary education in Wau and then University of Alexandria in Egypt where he received a Bachelor's degree in Anthropology, masters of Anthropology at American University in Cairo Egypt and masters of social studies at Carleton University in Canada. Lomumba was preceded in death by his mother Rosa Gabriel Yak and his father Tito Rong Eman. Lomumba was loving husband and father,he leaves to cherish his memory his wife Martha John,three sons Aliab, Eman and Tito, two daughters Amer Rosa and Agari Lomumba also survived by his sisters Aweng,Clomba, Andira, Gabriel, Grace, Miral, Matilda and Margret .