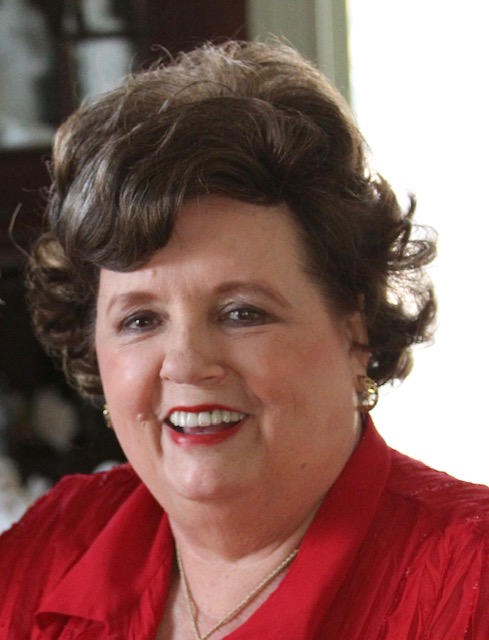 Lorela Nichols Wilkins passed away on July 18, 2019. She was born in Newberry County, South Carolina on February 22, 1942, the daughter of Guy & Juanita Nichols. She is survived by her husband of 50 years Joe Wilkins, daughter Deirdre Ritger, son Darrick Wilkins, son-in-law Chris Ritger, daughter-in law Natalie Wilkins, grandchildren Benjamin, Owen, Gabrielle, Ella, Ryan, brother Charles Nichols, sister Sylvia Rinehart, along with many other family members—all of whom she loved very much. Lorela died from complications of Alzheimer’s disease. She spent the final three years of her life at Sunrise Senior Living, whom the family is very grateful for the excellent care they gave her. Lorela was a graduate of Hollywood High School in South Carolina. She graduated from Winthrop College with a degree in home economics in 1965. She moved to Atlanta, Georgia & worked with Georgia Extension Service in Clayton County, working in the 4-H educational program. In 1968 she & Joe were married. She left the Extension Service in 1972, becoming a full time mother & homemaker. In 1980, she & two friends saw an opportunity to capitalize on the new cutting edge home microwave technology, and wrote a microwave cookbook. Their hard work resulted in Simply Scrumptious Microwaving, which was a tremendous success, selling over 250,000 copies worldwide. This led to two other cookbooks—one for children, & a larger one aimed at connoisseur microwave cooks. These cookbooks vaulted these ladies to nationwide fame, & they met many famous chefs and gave countless demonstrations. Later, Lorela & her partner Rosemary Stancil incorporated the company of Kitchen Classics, & spent the next 25 years doing specialty catering for weddings, corporate & professional functions. They had a special relationship with Gold Kist Corporation for twenty years, preparing & judging recipes in an annual nationwide contest. Lorela also liked to entertain her friends & family with elaborate meals. She was especially renowned for her famous Valentine lunch, New Year’s brunch, and Christmas dinner parties. Lorela was a talented singer & sang in the Redeemer choir for about 40 years. She served on church council, helped with vacation Bible School & was a volunteer at Atlanta's Battered Women’s Shelter. If there was ever such a thing as a renaissance woman it was Lorela. She often amazed everyone at the many things she could do: state basketball champion, drive a tractor, farm work, paint a house, lay flooring, interior design, write best selling books, saleswoman, catch fish, converse with a former President, confront wrong-doers, connect job-seekers to employers, & had a remarkable way about her with her ability to console grieving friends. Lorela will be remembered most for putting others before herself, optimistic forward thinking, and living a Christian way of life. Memorial Service will be held at The Lutheran Church of the Redeemer in Atlanta on July 27, 1 PM. Burial Service will be held on August 9th at 11 AM at Corinth Lutheran Church in Saluda, SC.