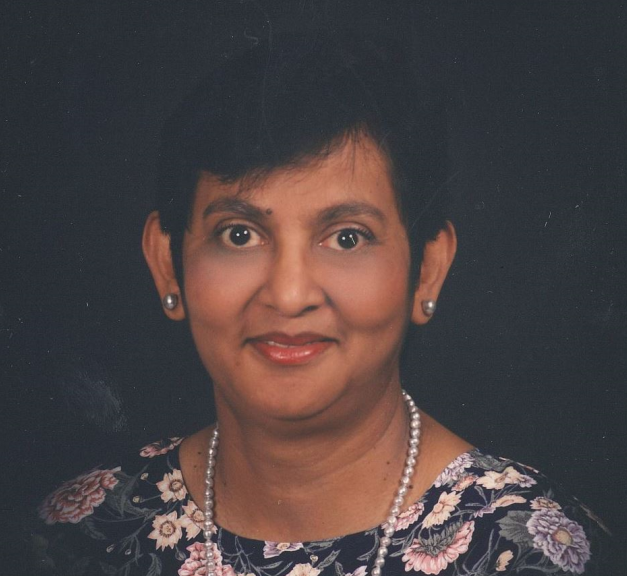 Lynette Shrivana Kowlessar was born on December 6, 1942 in Rose Hall, Canje Berbice, Guyana.  She was the eldest of 6 children, born to Arnold and Julie Kowlessar.  Lynette’s early education was in Guyana and she later continued her studies in the United States.  She married Nazeer Anthony “Speedy” Bacchus on February 6, 1959.  They lived throughout Guyana over the years as Tony’s position as District Commissioner had him travel to various parts of the country.  Lynette & Tony became the proud parents of a baby boy during this time.  Several years later she was expecting twin girls who were born in New York.  After moving back to Guyana for 3 years, the growing family made a permanent move to New York City in 1977. They lived in Brooklyn, Queens and eventually moved New Jersey.  Lynette achieved her Nursing Certification and began her long career caring for the needs of others.  Being the daughter of a Lutheran Minister, Lynette was very active in church and community wherever she lived.  She raised her children in like faith.  Some of her activities throughout her life had her involved in Family Promise and Christian Clowns visiting sick and disabled children in hospitals.   Meals on Wheels, Mission Trips, Habitat for Humanity were other worthy groups in which she participated.  After many years in New Jersey including a long relationship at Westminster Presbyterian Church in Middletown where she was a Deacon, Lynette relocated to Georgia where she lived for 23 years. She continued her church life at Lawrenceville Presbyterian Church as a dedicated leader, where she became an Elder.  Lynette participated in the choir for over 20 years.  External choir activities included the Choral Guild, BJ Chorale and Gwinnett Symphony Chorus.  In addition to her love of singing, Lynette participated in Silver Sneakers, Gourmet Lunch and The Sunshiners.  In between all of this, Lynette fed everyone and was famous for her wonderful cooking.  Her professional career continued in Hospital and Home Health care for over 20 years as well.  After retiring in 2015, there were side jobs, volunteer work and church activities. Lynette still found time throughout her life to travel across the U.S. and the world visiting Asia, Europe, the Mid East as well as participating in the Rose Bowl, visiting Mt. Rushmore, Alaska and the Grand Canyon.  The most inspirational trip of her life was to visit Jerusalem where she reaffirmed her faith through baptism in the Jordan River among many other adventures. Lynette Kowlessar lived life to the fullest providing nourishment and encouragement to her family and others.  She has been an inspiration to many and a loving mother, sister, grandmother, aunt, cousin and dear friend. She was and remains the ‘glue’ that holds the family together. She is survived by: Sisters Jeanette Subryan, Juliet Ramlall, Eunice Bailey and Ingrid Mathew, Children Mark Bacchus and wife Pammy, Rosanne Robinson and husband Noel, Rosetta Forshee and husband Bruce, Grandchildren Rebecca, Rachel, Noel Jr. and Nadia and her four-legged feline Ohana. In lieu of flowers, because of Lynette’s passion and dedication, the family requests all donations be directed to Lawrenceville Presbyterian Church, 800 Lawrenceville Highway, Lawrenceville GA 30046.