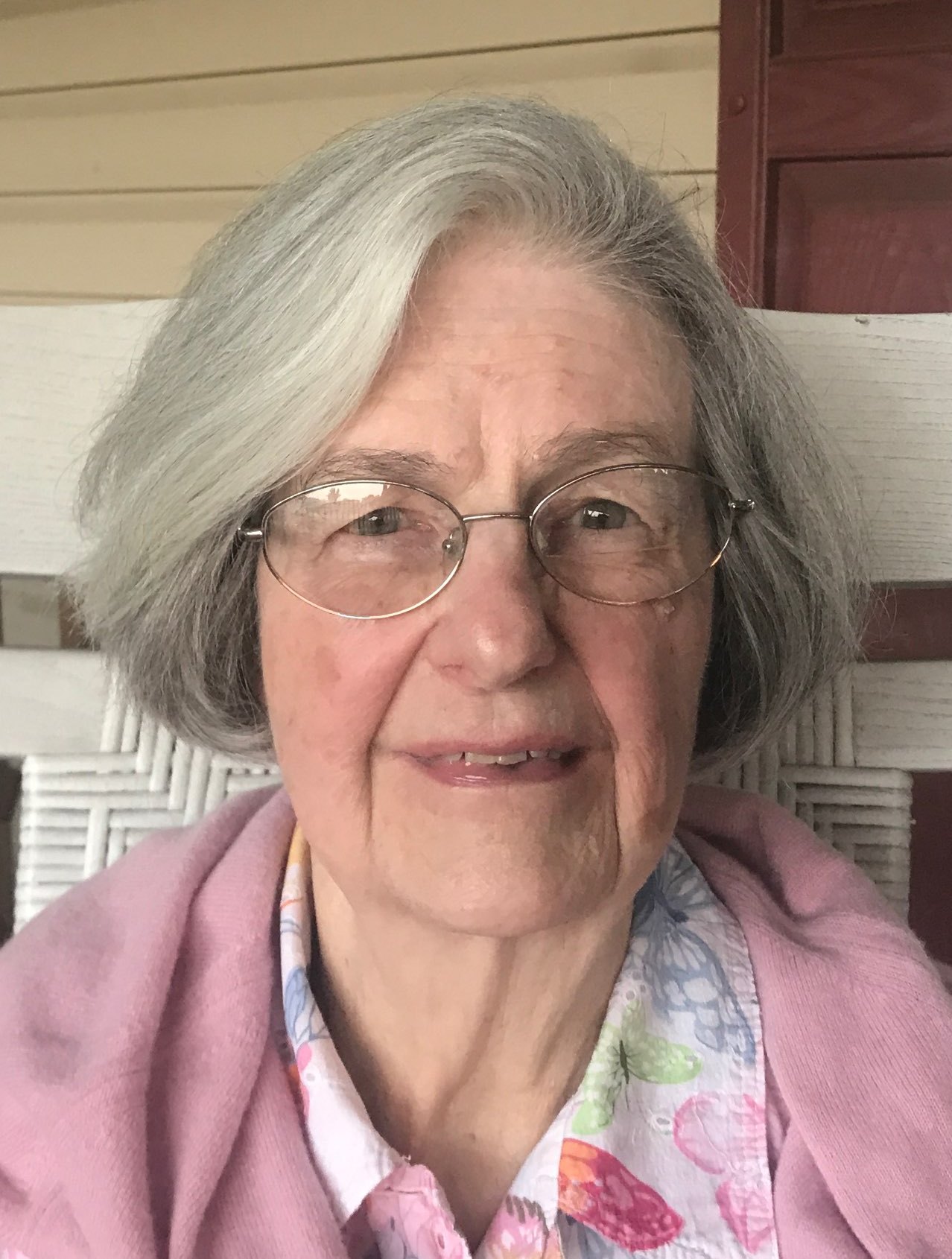 Rev. Mabel Anne Harjes, 92, formerly of central Illinois, made her celestial journey late Monday morning on October 21, 2019.  The love of her life and husband, Rev. George Harjes, preceded her in death in November of 2013.  Mabel Anne is survived by her three children, Peter, Susanne and Shirley; her daughter-in-law, Laurie; and three grandchildren, Joshua, Kaleigh and Breanna. Most people who knew and loved her, including her husband, say Mabel Anne was an angel on this earth.  She loved with abandon, had an abiding faith in her Jesus, and had always a joyful glint lodged in her sunlit hazel eyes. Mabel Anne was not only a loving wife, mother and grandmother, she was a dear friend and mentor.  She had a colorful, shining personality and was passionate about many things.  Everyone who knew Mabel Anne, experienced the full force of her unconditional love and bone-breaking hugs. She didn't hesitate to express her opinions when it came to civil injustice and those marginalized by society.  Mabel Anne believed in fairness and equality for all human beings, regardless of color, creed or social status.  She was the first to cheer on the underdogs of this world, because they were the ones who tried the hardest to overcome obstacles. Growing up in Mississippi as the only child of Rev. Samuel and Annie Ashmore, Mabel Anne was serious about her faith.  Early on she determined she would dedicate herself to the teachings of the Bible and church.  She knew also she would marry a minister like her hardworking "Sam-daddy," or no one at all. Mabel Anne was a disciplined student.  She became the salutatorian of her high school graduating class, and only missed being valedictorian "by a fraction of a disappointing point."  She also was accomplished in classical piano, organ and voice, and majored in public school music at Mississippi State College for Women (now the University of Mississippi for Women) in Columbus, Mississippi. With her education and talents for the piano, organ and voice, and after meeting him in graduate school at Northwestern University in Chicago, Illinois, she became the perfect partner when she married her handsome and brilliant redheaded minister, George, in 1951.  She always was the first to laugh at his horrible puns, because she knew the boyhood tragedy which lay behind his quirky sense of humor. In her early fifties and after raising three children, Mabel Anne felt the urge to return to school to formalize what she had done already for twenty-five years in churches alongside her husband (not to mention the combined 500 years her family had given to the ministry in Mississippi).  Mabel Anne went to seminary and graduated, of course, with honors. For more than fifty years George and Mabel Anne reached out beyond the four walls of the church to the community in need.  In their churches they developed and encouraged programs such as daily meals for seniors, reading programs, food pantries, clothing rooms, assistance for newborns, etc., and encouraged their congregations to open their hearts and hands to do the same.  It was the cornerstone of the couple's ministries in central Illinois. During their ten year ministry in Springfield, Mabel Anne and George recognized overwhelming need in the community and their downtown church.  To the initial chagrin of some members, they birthed and fostered the development of outreach programs at Kumler United Methodist Church.  Some almost forty years later, Kumler Outreach Ministries exists still, and each year helps meet the needs of thousands of people.  The seed was planted back then, it flourished, and continues to minister today. In their "retirement" George and Mabel Anne moved to Elmont, New York (as George was and always would be a New York Yankee).  There they assisted a mostly Caribbean church.  Two years later they traveled southwest to volunteer in Kansas City, where Mabel Anne played the organ and piano, and was choir director for a church. When they moved to Georgia to be in closer proximity to their daughters, the couple volunteered at Grace Arbor at First United Methodist Church in Lawrenceville, Georgia, a program within the church which assisted mostly those with Dementia.  It was important to Mabel Anne and George they continue to be of service.  It was their fervent desire to "wear out rather than rust out." Mabel Anne had the utmost certainty that, upon her passing from this earth, she would be "singing joyously with the angels and alive forevermore."  She stated this over and over for the seven years she herself suffered with Dementia.  It was something her soul beyond her failing mind knew with implicit conviction. A memorial service celebrating Mabel Anne’s life will be held on Saturday, October 26th at Wages and Sons Gwinnett Chapel in Lawrenceville, Georgia.  In lieu of flowers, donations may be made to Kumler Outreach Ministries, 303 N. Grand Avenue East, Springfield, Illinois. Online condolences may be expressed at www.wagesandsons.com.