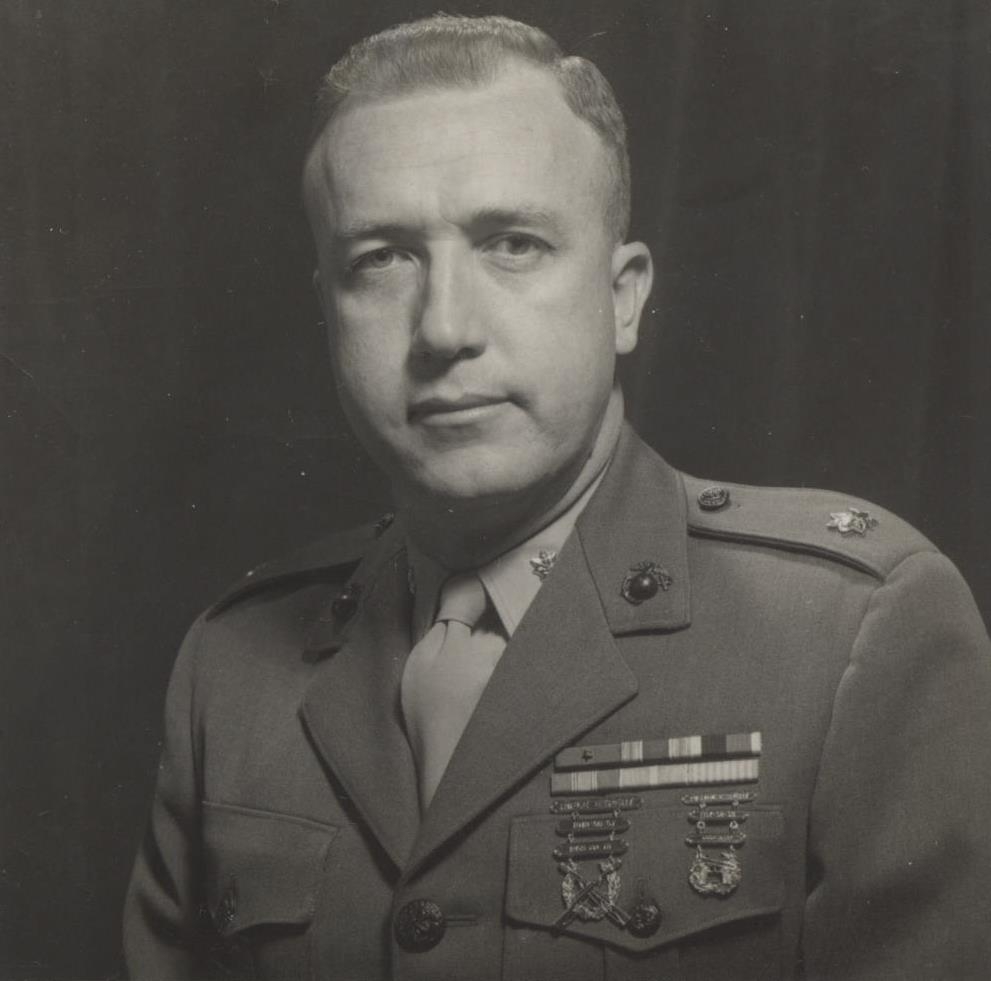 MAJOR Larrance M. Todd, USMC, Retired, age 90 of Stone Mountain, passed away peacefully on Sunday, September 2, 2018. Born in Murfreesboro, TN, on Saturday, May 12, 1928, he was the son of the late Frank and Lightie Jernigan Todd. He was also preceded in death by Ruth Nanette Alexander Todd, his wife of 63 years, who passed on November 6, 2013, and a son, Michael E. Todd, who passed in 2013. He graduated from DuPont High School in Old Hickory, Tennessee in 1946. After graduating from High School he entered the USMC where he retired with 21 years of service with the rank of Major. While in the military he served during WWII, The Korean Conflict and the Vietnam War. Major Todd received the Korean Service, United Nations, and the National Defense service medal with one star and an Expert Marksman medal which he was very proud of. After his service with the military, he owned and operated Todd’s Coin Center for 20 years. Major Todd was one of the founding members of the Stone Mountain Lions Club with over 33 years of service and very active with the Boy Scouts of America for many years. He was a member of the Stone Mountain First United Methodist Church where he was a Sunday School teacher and was one of the founders of the Fidelis Sunday School class. In his later years, Major Todd was a volunteer for the Dekalb Medical Center for 9 years. Above all his church, family, the USMC and spending time with his children and grandchildren who he loved taking fishing was of upmost importance. Surviving are his children; Steven (Carey) Todd of Grayson, Laura (Nelson) Holcombe of Conyers and David (Sheila) Todd of Norcross; 9 grandchildren; 14 great grandchildren. Funeral services will be held Thursday, September 6, 11:00 a.m. at the Stone Mountain First United Methodist Church with Dr. Ellen Shepard officiating. The family will receive friends at Stone Mountain First United Methodist Church on Thursday from 10:00 am to 11:00 am. Interment will follow at Melwood Cemetery with full military honors provided by the USMC. In lieu of flowers the Stone Mountain First United Methodist Church, Ridge Avenue at West Mountain Street, Stone Mountain Ga, 30083 will accept donations in memory of Major Larrance M. Todd, USMC, Retired. Online condolences may be offered at www.WagesandSons.com. Wages & Sons Funeral Home Stone Mountain Chapel is in charge of arrangements.