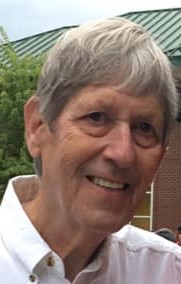 Malcolm “Mac” William King, age 74, entered into eternal rest on December 14, 2021, after battling cancer. Mac was born in Sylvania Georgia in 1947, the son of Bettye Carlton Camby and William R. King. He attended the University of Georgia and loved the Bulldogs. He served his country in the Army in Vietnam. As a teen, his love for music led to his employment at the local radio station, WSYL. While in college, he worked at the college radio station and upon his honorable discharge from the army, he was hired at WSGA, the local rock and roll station in Savannah. He became the morning drive personality and music director. In 1977, he was hired by Arista Records as the Carolinas Marketing Manager based in Charlotte and married Cyndee King. In 1984, he returned to Georgia and worked for TV Guide and News America. In 2000, he pursued his love of golf and worked as store manager and club maker for Golfsmith and the PGA Superstore.

As a radio personality, Mac loved a good joke, which caused radio listeners to either chuckle or get enraged. but he often poked fun at his own insecurities which endeared him to most listeners. As a music director, he had a good ear for what music would be successful for playing on the radio and he had much success in helping a record reach gold or platinum sales status. He loved playing the guitar, especially classic rock, country and folk music. His knowledge of golf equipment was appreciated by customers and coworkers, with customers often asking for Mac to personally fit or repair their clubs. He was patient with people and was a loving father and grandfather.

A Celebration of Life service will be held at Lawrenceville Presbyterian Church on Saturday, March 26th at 2 PM. A reception in the church fellowship hall will follow the service so that the family can visit with guests and share stories of good times with Mac.