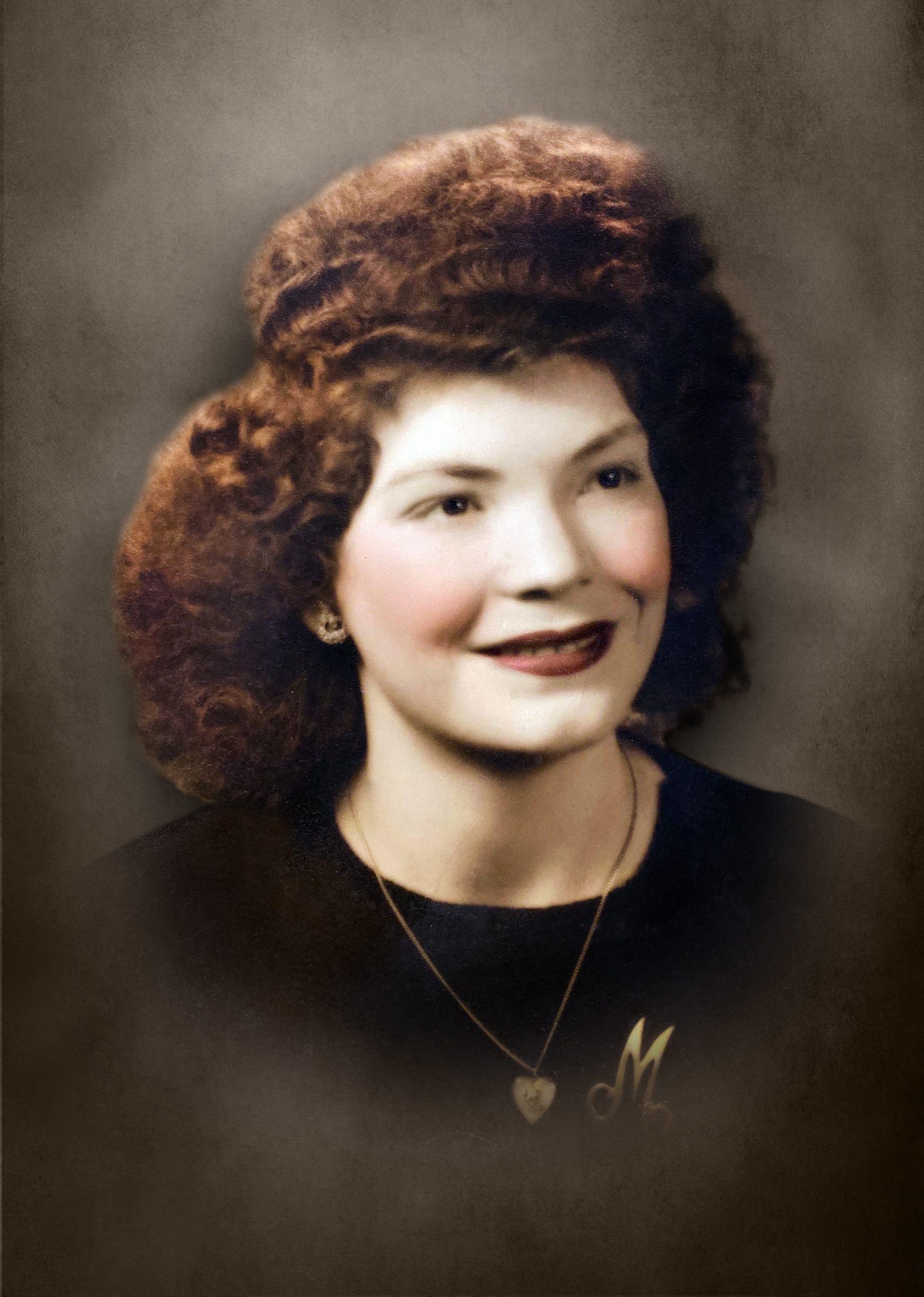 Aunt Margaret’s father and mother lived and owned a dairy on Flat Shoals Road, Decatur, Georgia for many years and was blessed with 4 sons and 4 daughters. Mozelle, Owen, Clarence, Carl, Helen, Margaret, Jewel, and Charles. Margaret has many nieces and nephews.

As a child Margaret and her family attended and was devoted to their church, Avondale Church of God. She enjoyed singing at a very early age in her church, and sang regularly in a quartet with her sisters. Margaret graduated from Southwest Dekalb School in Decatur, Georgia. One of her first jobs was with Kress Department Store and later worked at Kroger Grocery Store in Emory District and retired after 30 or more dedicated years of service.

Margaret married John William Turner in July of 1948 and built their home in Stone Mountain, Georgia so they could be close to her husband’s aging parents. They lived there for many years after building their second home on Flat Shoals Road in Decatur, which was on her family’s homeplace. They attended and joined the Glen Haven Baptist Church in 1970. Margaret and William were married for 26 years until his passing in 1974. Margaret and William had no children. Margaret’s second marriage was to Thomas Adams in 1982 until his passing in 1995. She bought a home in Oxford, Georgia and for several years she enjoyed spending time with her sisters and family. She and sisters attended Victorious Life Church in Conyers, Georgia in the 90’s through 2000’s. She did some traveling with her sisters and family until her health began to fail in 2011 and she required constant care.

Aunt Margaret was born and blessed with beautiful auburn hair and a spirited personality. She always was very supportive of her family and friends and volunteered herself and home for a place to live for the ones in need. She welcomed us all, sisters, brothers, nieces and nephews with her love and understanding. She is cherished and will be forever in our hearts and her memory will live forevermore. Thank you, Jesus, for the comfort and peace of knowing Margaret will go to her Eternal Home to see her Mother and Father and all the family and friends that have gone on before us. To God be the Glory!!