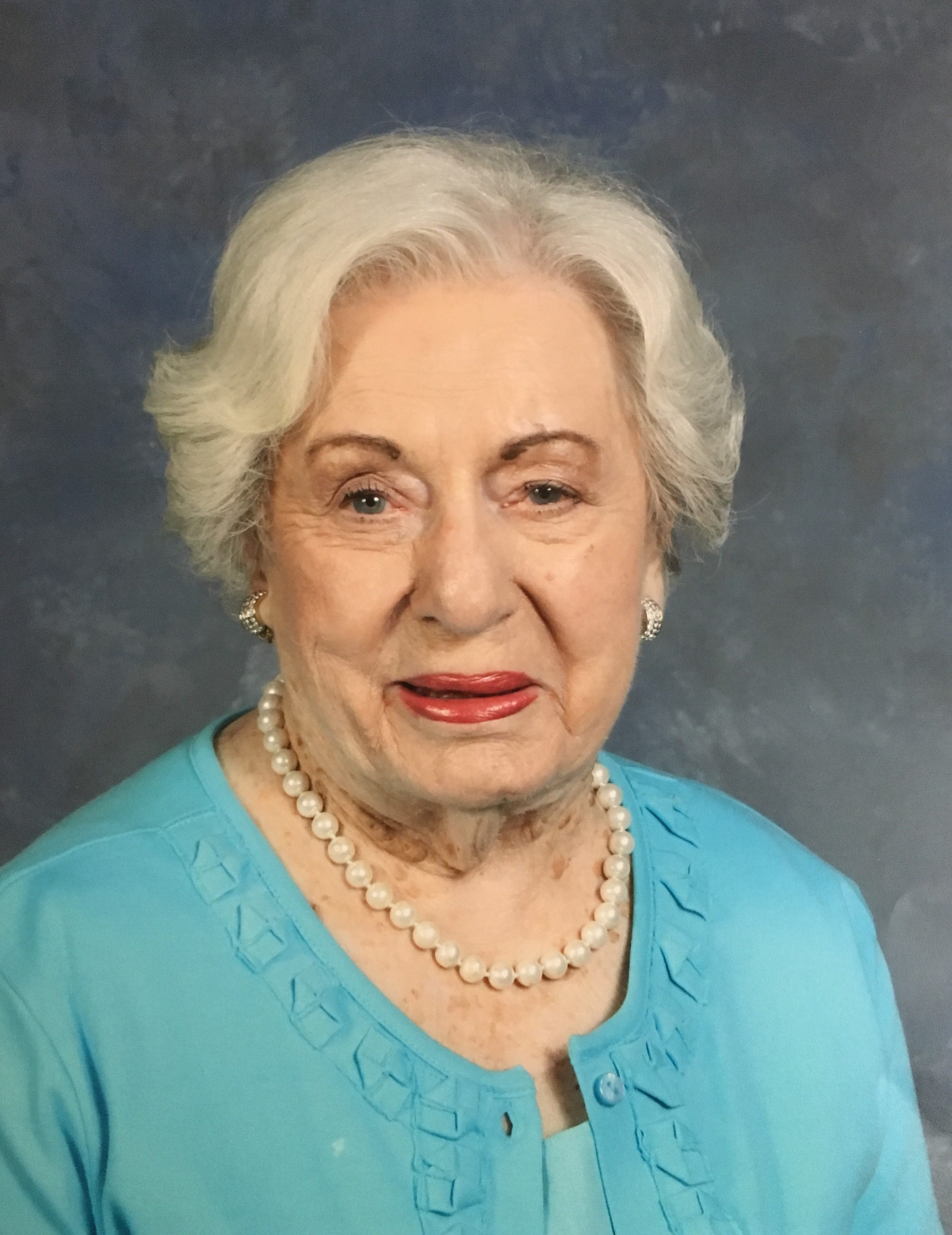 Mari Jo Ford of Stone Mountain, GA passed away on June 8, 2018. She was preceded in death by her husband, John Clifford Ford, Jr. Her parents were Vivian Sawyer McCurdy and William Preston Humphreys. She is survived by three children, James Lee Ford, Lynne Ford Jackson (Jim), and Jane Ford Mentzer (Bob), five grandchildren, John C Ford III, Susan Nichols (Adam), John Mentzer, James Lee Ford, Emily Ford, and 3 great grandchildren, Lynleigh, Addison and Ford Nichols. Mari Jo was valedictorian of her high school graduating class and attended UGA. She was very active in state, county and civic affairs, however, her first priority was her family. Callanwolde, Stone Mountain Women’s Club (2008 Woman of the Year), DeKalb History Center, Atlanta Women’s Chamber of Commerce, Life Member of the Garden Club of Georgia are some of the organizations in which Mari Jo volunteered. She was instrumental in bringing the Stay and See Georgia Program to Atlanta in 1966-67. She was a member of Smoke Rise Baptist Church and Agate Sunday School Class. Mari Jo was Director of Guest Activities of Stone Mountain Park and later became the Special Assistant to the General Manager. She was instrumental in starting the Yellow Daisy Festival and Flower Show. She worked with the Atlanta Convention Bureau and the Georgia Department of Tourism bringing large conventions to the Park. Mari Jo was a Flying Colonel with Delta Airlines and promoted tourism with NTA, ABA, SE Tourism and other organizations. In 1988 she was selected as a Travel Industry Member by the Georgia Department of Tourism. In 1986 a room at the Atlanta Convention and Visitors Bureau was dedicated in her honor. In 1990 she was appointed Lieutenant Colonel on the staff of Governor Zell Miller. She later convinced the City of Stone Mountain to establish a Visitors Center and an old refurbished red caboose was given to the city in honor of Mari Jo. In 2006 Mari Jo Ford was inducted into the Atlanta Hospitality Hall of Fame by the Atlanta Convention and Visitors Bureau and her portrait hangs in the World Congress center along with other select honorees. A service will be held at Smoke Rise Baptist Church on Wednesday June 13th at 11 am. Visitation will be held on Tuesday June 12th from 6 – 8 pm at Wages Funeral Home in Stone Mountain. In lieu of flowers, donations to Smoke Rise Baptist Missions or the Stone Mountain Cemetery Fund are appreciated.