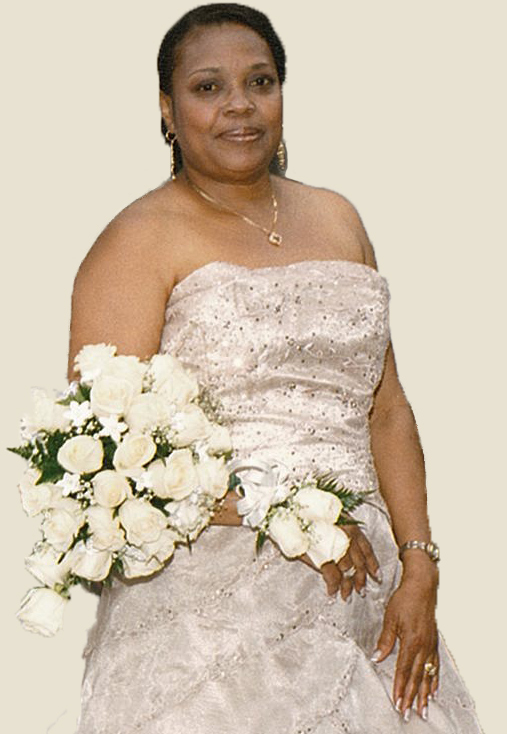 Marie Jocelyne Levy was born on December 15, 1947, the daughter of the late Louise Mathurin and Joseph Levy. Marie Jocelyne Levy entered into eternal peace at home on Tuesday, June 17, 2014. Marie Jocelyne married Harry Sanchez in 1974 and together they had three children in Cap-Haitien, Haiti. In the early 80s, she graduated from the Notre-Dame de la Sagesse Nursing School, Cap-Haitien, Haiti. In 1984, she emigrated to Queens, NY. During her nursing career in New York, she worked at Queens Hospital Center and Creedmoor Psychiatric Center. After 23 years of service at Jamaica Hospital as a registered nurse, she retired in August 2013. Marie Jocelyne moved to Dacula, Georgia in October 2013. She was the devoted mother of Harry Leopold Sanchez, Jr., of Queens Village, NY, Sandra and her husband, Youri Emmanuel, of Silver Spring, Maryland, and Nadine and her husband, David Ferere, of Dacula, Georgia. She was a loving grandmother to Christian and Christel Emmanuel, Isabelle and Sebastien Ferere, and Olivier Sanchez; sister to Junie Menelas, Jean-Baptiste Mathurin, Jean-Claude and Michel Levy; aunt to Lynda Georges, Nadege Telusmon, Joanne and Rachelle Menelas, Keith, Kelly and Daniel Mathurin, Peggy and Guy-Michel Levy; and inspiration to countless cousins and friends. Visitation will be held on Friday, June 27, 2014 from 6:00 - 8:00 P.M. at the Wages & Sons Gwinnett Chapel, 1031 Lawrenceville Highway, Lawrenceville, GA and on Saturday, June 28, 2014 at 10 A.M. from St. Lawrence Catholic Church on 319 Grayson Highway, Lawrenceville, GA where a mass will be celebrated by her cousin, Father Randolphe Arty. Jocelyne will be laid to rest at Eternal Hills Memory Garden, 3700 Stone Mountain Hwy, in Snellville, Georgia. A reception will be held at the church after the burial service. For directions or additional information, visit https://www.wagesandsons.com/obit/marie-jocelyne-levy/ Jocelyne Levy was greatly loved and will be missed by many, not only for her numerous accomplishments but for her love, compassion, help, and friendship.