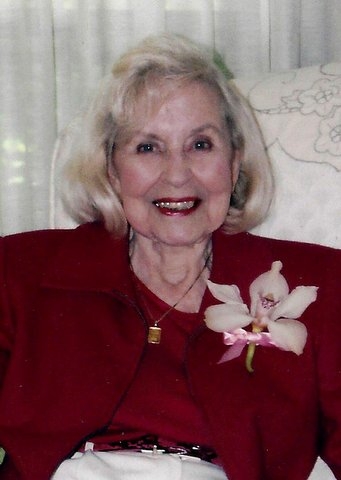 Marion L. Lengen Born Nov; 30, 1922 at home in Nichols, Ga., Coffee County. She graduated Nichols High School in 1939. Growing up she was raised on a farm and had fond memories of that time. She told stories of how the corn was dried and removed for the cob for feed for the hogs and chickens. She also told about how the tobacco was strung on string/rope to be hung and dried in the tobacco barn. After high school she moved to New York and worked in a bank during WWII. She married and moved to Charlotte, N.C. and began a family. Richard was born on Nov. 11, 1947 and she remembered the parade and bands playing outside her hospital room. She later moved to Miami, Fla. where her daughter Janice was born. In 1971 the family moved to Lawrenceville, Ga. Once she was an “empty nester” she began work with Continental Labeling Company where she won several awards for her sales success. Once retired she worked with the Gwinnett County Parks and Rec Senior group as an advisor, collecting information from the State Capital and relaying information back that pertained to seniors. She was a member of the 1st United Methodist Church of Lawrenceville and a long standing member of the Joy Sunday School Class. She acted as the Program director for the VSP (Very Special People) group and decorator for the luncheons, which she enjoyed very much. Her hobbies were reading and gardening and favorite music was Big Band. Her greatest joys were her children and especially her grandsons. She had wished she had lived closer to her “great grands” to have enjoyed them too. She is preceded in death by her parents Stanford and Emma Williams, brother Bill Williams, son Richard Lindsey, and nephew John Cato Jr. She is survived by her daughter Janice L. Harben and husband Alan of Lawrenceville, sister Evelyn Cato of Nichols Ga., grandsons Jason Lindsey and wife Stephani of California, Matt Williams and wife Michaela of Lawrenceville, Tim R. Harben of Lawrenceville and four great-grandchildren Hanna, Avery, Noah and Nix Lindsey of California. She will be greatly missed by her family. A memorial service will be held at 3:00 P.M. on Saturday, September 9, 2017 at Wages and Sons Gwinnett Chapel with Dr. Timothy Harben officiating. The family will receive friends from 1:00 P.M. until 3:00 P.M. on Saturday, September 9, 2017 at Wages and Sons Gwinnett Chapel, 1031 Lawrenceville Hwy., Lawrenceville, GA 30046. 770-277-4550. In lieu of flowers, donations can be made in memory of Marion L. Lengen to the Salvation Army, 3455 Sugarloaf Pkwy, Lawrenceville, GA 30044. On line condolences can expressed at www.wagesandsons.com