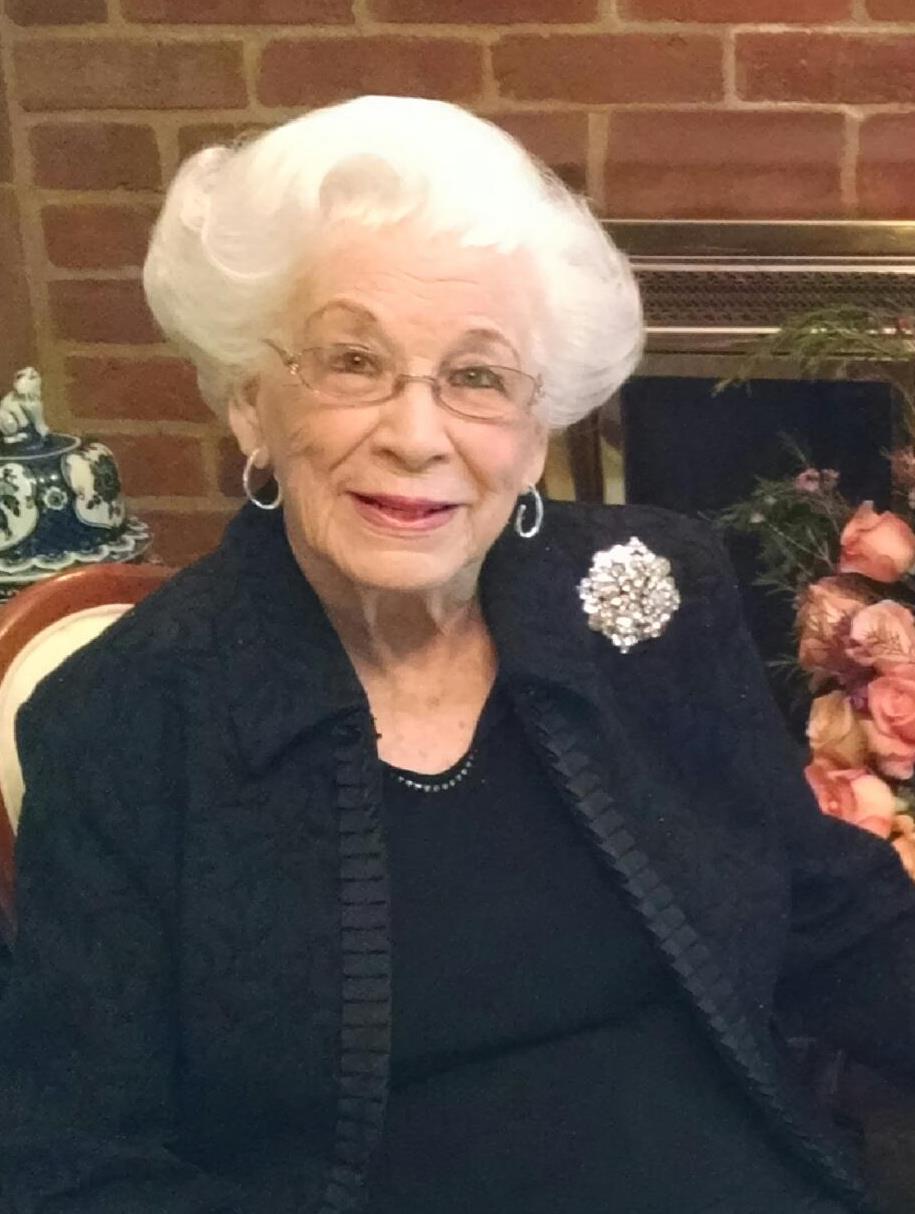 Mary Alice Smith passed away peacefully on Jan. 3, 2020. Born in Nashville, Tenn., on March 25, 1926, Mary Alice was the oldest of three children born to Jonathon Britton and Mable White Stamps. She was raised in the East Lake neighborhood of Atlanta, where she attended Atlanta Girls High School and played the French horn in the Atlanta & Georgia Girls Military Band. At the age of 13, she attended the world premiere of her lifelong favorite movie, “Gone With The Wind.”

Mary Alice met the love of her life, Harold Ernest Smith, in 1942. They married in 1945, when Harold went AWOL from basic training at Camp Wheeler after the wedding was planned but his leave was canceled. Shortly thereafter, Mary Alice followed Harold by train to California, where they spent time together before Harold boarded a ship bound for action in the Pacific.

Mary Alice attended Marsh Business College in Atlanta, and her first job was as a secretary and bookkeeper for a local doctor’s office. When she and Harold were reunited after his service in WWII, the couple opened the first short-order restaurant in Atlanta, the Kozy Grill. Later, they opened Veterans Radiator Co. on Memorial Drive, a company that Mary Alice owned until it closed in 2014. When she was not assisting Harold in the operation of their businesses, Mary Alice cared for their son, Kenneth Harold Smith.

Mary Alice was predeceased by her son in 1986 and her husband in 1988. But a true steel magnolia, she continued living life to the fullest, doing what she and Harold had always enjoyed: traveling the world and hosting extraordinary parties. Mary Alice was the consummate host—generous with both her treasures and time. She lit up a room by simply walking through the door, fascinated others with her incredible stories, and was always dressed to impress. She spent over forty years living in the Smoke Rise community of Stone Mountain in a house that was every bit as stately as its occupant, so much so that it was featured as a location in a popular Netflix series.

Loved ones will remember Mary Alice for her appreciation of good food and drink, her penchant for playing the slot machines in Vegas, and her larger-than-life personality. She was an enchanting woman from the beginning until the very end. Everyone who knew her would describe her as a loving and devoted wife, mother, grandmother, sister, aunt, and friend.

In addition to her husband and son, Mary Alice was predeceased by her brothers, Kenneth Monroe Stamps, Jr. and Jonathon Britton (“JB”) Stamps, Jr.; sister-in-law, Mary E. Stamps; and her longtime companion, Dr. Eugene Gillespie. She is survived by a granddaughter, Tiffany Gardner and husband Ross, and three great grandsons, Liam, Neil, and Evan Gardner; sister-in-law, Helen Stamps; “son by choice,” Randall Hudson; and many nieces, nephews, and friends.

The family wishes to thank Sunrise of Johns Creek, Agape Hospice, Ann Kennedy, Teresa George, and Emily Wright for the help, love, and care they provided for Mary Alice.