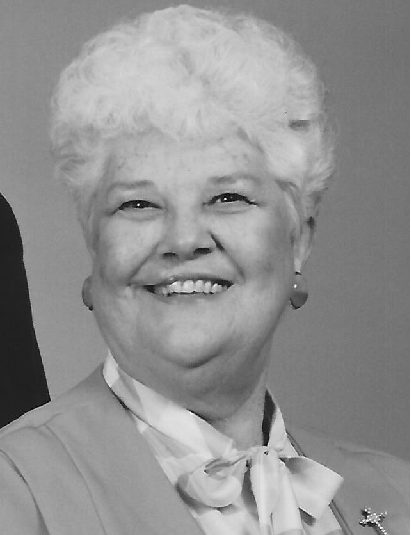 Obituary Facts for Mary Anne Padget Born July 4th, 1933 in Greenwood, S.C., and was an only child. Graduated from Saluda High School and from Winthrop College with a B. A. in Music. Married the late Heber N. Padget of Saluda, S.C. in 1955. Began her adult life as a military wife living in Ft. Benning, Ga. and Ft. Ord, Calif. She and her family settled in Gainesville, Ga. in 1958. Mrs. Padget was active in her church, her garden club and she championed several charitable causes including orphanages in the region. Though she had a degree in music, Mrs. Padget was an income tax consultant with H & R Block in Gainesville for many years. Mrs. Padget delighted in watching football on television; especially her beloved Clemson Tigers. She was also an avid golf fan though she never played. Mrs. Padget travelled extensively in her life to Europe and to almost all of the United States and Canada. She was a renowned Southern cook whose fried chicken was legendary with her sons’ friend in their high school years. She was a Den Leader for Cub Scout Pack 300. Mrs. Padget was an elder, deacon and past president of the women’s group at First Presbyterian Church. She is survived by her son, H. N. “Nat” Padget, Jr. of Roswell, Ga.; her daughter-in-law Barbara Jean Padget of Oakwood, Ga.; and daughter-in-law Leslie Ann Tomain, also, of Roswell, Ga. Surviving also are six grandchildren; and five great-grandchildren. Mrs. Padget is predeceased by her husband of 47 years, Heber N. Padget; her son, John Eugene Padget; and her parents, Mr. and Mrs. E. O. Unger. Mrs. Padget passed away quietly at the Northeast Georgia Medical Center in Gainesville, Georgia on September 23, 2018. A celebration of her life will be held at the First Presbyterian Church in Gainesville, Georgia, on October 19th at 2:00 p.m.