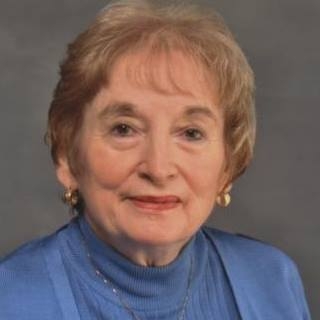 Mary Lynn Gentry of Stone Mountain, Georgia, passed away as a result of complications from a stroke suffered in 2004, on August 11, 2017, exactly one month before her eighty-first birthday. Mary Lynn was a courageous woman who had many good years after she suffered her stroke. Although her body was failing her, she had a sharp mind, was very insightful, and retained her special dry and witty sense of humor to the very end. She loved music and animals, dogs especially, and her family and friends. She was kind, loving, generous, and always had a genuine interest in everyone. While so many of us today identify ourselves by our careers and what we do, Mary Lynn was of a generation where few women had careers. Her Identity and inner strength, which everyone admired, came from her strong sense of who she was, and whose she was. She belonged to the Lord, and she is still an example to us all. Mary Lynn, born on September 11, 1936 was the second child and only daughter of Dr. Thomas A. White and Mary Mercer (Marsha) Dunn White of Clemson, South Carolina. Dr. White was a Professor of Agriculture at Clemson University. Her older brother was the late Dr. Steven White of Greenville, NC, and her surviving younger brother is Dr. Thomas A. White, Jr., of Columbia, SC. Her parents were from eastern North Carolina. Of great interest, her maternal grandfather, William Lamon Dunn, who she called Papa, was a prominent North Carolina businessman and founder of Pinetops, NC, with many endeavors including bright leaf tobacco growing and one of the first Ford dealerships. Mary Lynn met her husband, Dr. David Raymond Gentry, Sr., at Clemson University during a music rehearsal involving the Clemson University Concert Band, in which David played the trombone, and the Clemson-Calhoun High School Choir of which Mary Lynn was a member. David fell in love with her the first time he saw her and asked if he could walk her home. They were married the day that David graduated from Clemson in 1955. They were married for 56 years until David’s death in 2011. Mary Lynn is survived by her brother, Thomas A. White, Jr. and his wife, Susan White, of Columbia, SC; her son, David Raymond Gentry, Jr. and wife, Angela Dowrey Gentry; her daughter, Mary Diane Gentry Windsor and husband, Wes Windsor, and her grandson, Daniel David Gentry, all residing in the Atlanta area. Her Memorial Service will be held Saturday September 9, 2017 at 12:00 noon at Mountain Park United Methodist Church 1405 Rockbridge Rd SW Stone Mountain, GA 30087 In lieu of flowers, donations to the National Stroke Association (www.stroke.org) would be appreciated