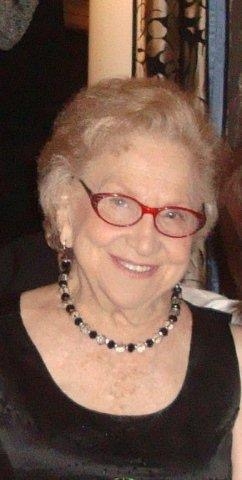 Scott, Dr. Mary Hughie Dr. Mary Hughie Scott passed away on May 29, 2016, while residing at Brookdale Dunwoody Assisted Living in Atlanta, GA, at the age of 94. Mary was born in Douglasville, GA on March 23, 1922, to Ruby Hall Hughie and Henry Harvey Hughie of Carrollton, GA. Mary is survived by her daughter, Rita Scott (Randy) Fabal of Key West, FL, son Jacob (Jake) E. Scott III of Key West, FL and Kauai, HI, sister Dr. Betty Hamm of Augusta, GA, brother Edwin (Lucy) Hughie of Douglasville, GA, sister-in-law Frances Hughie of Villa Rica, GA, brother-in-law Dr. Clark Robinson of Douglasville, GA, and numerous nieces and nephews. She was predeceased by her parents, husband Jacob Eugene Scott, sisters Laurine Deal and Louise Robinson of Douglasville, GA, brothers Harvey (Ruby) Hughie of Atlanta, GA, and Cula Hughie of Villa Rica, GA. Mary was the first in her family to attend and graduate from a university. She began her academic journey in 1938 at West Georgia College in Carrollton, GA. She continued her education and received her Bachelor, Master, and Doctor of Education (With Distinction) degrees from the University of Georgia in Athens, GA. While completing her education, she taught classes, authored research articles, directed teacher education programs, and was a member of five honor societies. After completion of her doctorate in 1960, Mary accepted a position with the Department of Elementary School Principals, National Education Association, Washington, DC, where she was a consultant in curriculum and instruction. In this position, she authored articles and served as a national and international speaker until 1968, when she joined the faculty of Georgia State University as a Full Professor of Communicative Arts in the Department of Curriculum and Instruction in the School of Education. She was one of the original members of that department and contributed greatly to the development of the program in Language Arts Education. During her time at Georgia State University, she taught courses in children’s literature and language arts to graduate the undergraduate students, supervised student teachers, and served on numerous doctoral committees until she retired in 1992 at the age of 70. After retirement, Mary enjoyed traveling and visiting her daughter in Key West, FL, and son in Kauai, HI. Mary was proud of her two children. Her daughter, Rita Fabal, competed her doctorate in education and served as a teacher and administrator in the Monroe County School System, Key West, FL. Her son, Jake Scott attended the University of Georgia where he was an All American safety and was drafted by the Miami Dolphins. Jake played in Super Bowls, VI, VII, VIII and 5 Pro Bowls. As a member of the undefeated 1972 Miami Dolphins, Jake was selected as the MVP of Super Bowl VII. Mary was a woman ahead of her time. While having a professional career, she raised successful, independent, caring children. She had a strong will to live and remarked on many occasions that she could see no percentage in dying. She survived many illnesses, surgeries, and accidents, even when there was little hope. She bounced back from these setbacks with a renewed zest for life and embraced each day with gusto. Mary knew what she wanted and never ceased trying to find a way to make it happen. She became known affectionately as Queen Mary among her closest friends and family members. A special thank you is extended to her physician and niece Dr. Tammy Robinson, whom Mary credited with keeping her alive for 94 years, and niece Mary Beth Robinson Johnson, her namesake, both of Douglasville, GA, friend and caregiver Mary Bailey of Atlanta, GA, friends Don and Marsha Johnson of Atlanta, GA, Chelsea Means of Sugar Hill, GA, Dr. Robert and Wendy Probst of Marathon, FL, and staff from Amedisys Hospice Care, Kennesaw, GA. She loved all of you and you were always there for her. A private burial was held in the family plot at Resthaven Gardens of Memory in Atlanta, GA, and a Celebration of Life was held in Kauai, HI. The family asked that any remembrances be made to The American Cancer Society.