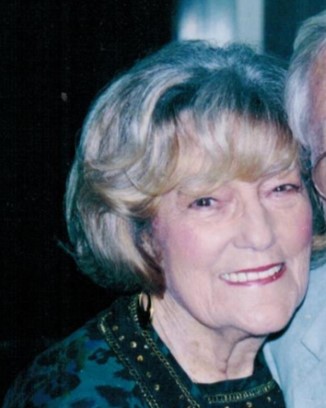 Mary “Winnell” Smith, age 97, went home to be with her Lord on February 7, 2020. Winnell is preceded in death by her husband, William Smith. A loving marriage of 68 years upon his passing. She is also preceded in death by their daughter Sandra Stephens and their son Bill Jr. Winnell was a devoted Christian who became a Navy wife when she married Bill Smith in 1941. She worked and retired from Alcoa Aluminum. She was a loving wife, mother, grandmother (MawMaw), great-grandmother, aunt and friend. Winnell enjoyed traveling with Daughters of the Nile El Tehran Temple 122, soaking up the sun at the beach and playing tennis. She was the Georgia Senior Doubles Coed State Champion at the age of 86 and played competitively until she was 90. Her favorite pastime was shopping and she did it well. She was always dressed to the nines! Winnell is survived by her grandchildren Jennifer Mary Stephens Johnson (SgtMaj Michael Johnson, USMC) and David Ross Stephens (Lisa Glenn Stephens) and her great-grandchildren Michaela Johnson and Ross Stephens. She was one of seven children born to Obid and Ora Brown. She is survived by her niece Patricia Garrett, Virginia Bailey and Connie Lindsey. She is survived by her great nieces Marla Garrett, Laura Lindsey Allen(Dwayne), great nephews Mark Garrett (Kimberly), Greg Lindsey, and Kyle Bailey (Wendy). She is also survived by several 3rd and 4th generation nieces and nephews. A graveside service will be held at Georgia National Cemetery, 1080 Scott Hudgens Drive, Canton, GA 30114 on Monday, March 23, 2020 at 11:00am. Please wear a touch of turquoise to honor Winnell. In lieu of flowers, please make donations “In Memory of Past Queen Winnell Smith” to Daughters of the Nile Foundation and mail to PQ Mary Thompson, PO Box 281, Tyrone, GA 30290.